The Nutcracker by the Royal New Zealand Ballet 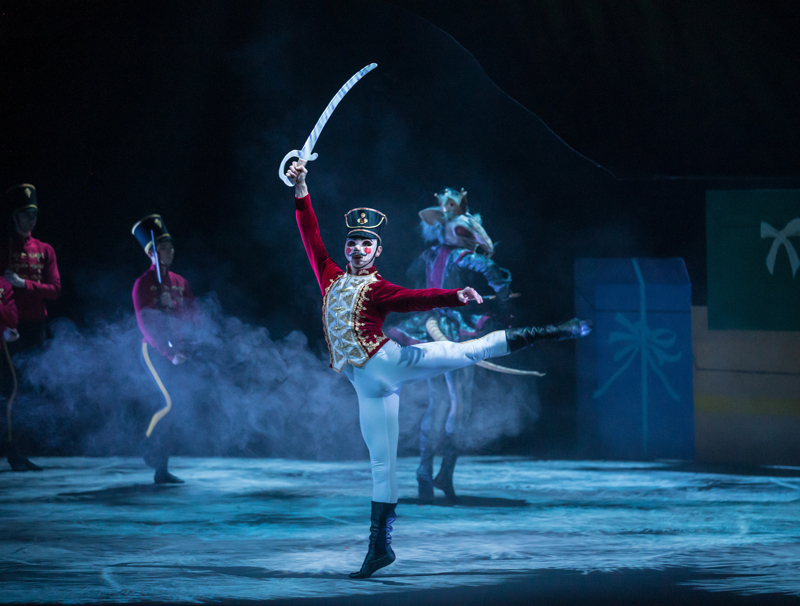 The traditional festive, magical, wistful, exuberant, pre-adolescent imagination of noble romance, exotic lands and delectable sweets coalesced in the world of The Nutcracker, and held my balletomane granddaughter in thrall. I remembered my ecstatic reaction, viewing my first live ballet in the Christmas season of 1967. It was Lew Christensen’s The Nutcracker, at the San Francisco Opera House.

The classicism of the snowflakes’ traditional Russian style, and later, the Pohutukawa flowers’ lyricism, reinforced The Nutcracker’s classical origin. Caniparoli’s use of the corps of children in the celebratory scene, the fight scenes and in the Kingdom of Sweets, were visually enticing because of their innocent enthusiasm. Presented against consistently excellent sets, with superb lighting, a serenely floating day bed, attractive costuming, and the NZ Symphony Orchestra’s sympathetic pace which accommodated the dancers; these won over my granddaughter, a fledgling musician. I wished for rather more demanding choreography overall, especially in lifts, for the Sugar Plum Fairy, Nadia Yanowsky and her Cavalier Paul Mathews, whose polished performance could have been elevated a notch. All the same, we departed very pleased.

The Nutcracker by the Royal New Zealand Ballet

The Nutcracker by the Royal New Zealand Ballet
+ Text Size -
Do NOT follow this link or you will be banned from the site!