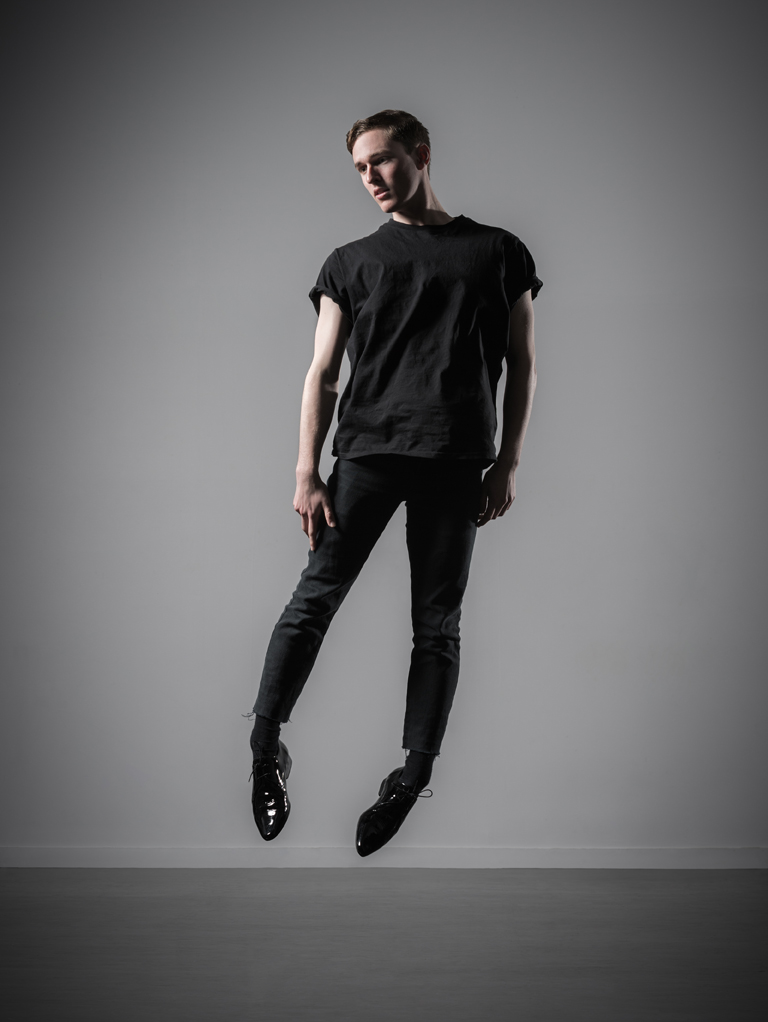 A point of difference need not be acute.

When I was nine years old, I had a powerful realisation. I was walking past my primary school classroom having been released to lunch. It was a usual day, insofar as feeling unusual would allow. I remember which way I was walking, the view of the quad ahead of me, and the sunlight.

I had always felt different to my peers, perhaps from as early as age four. Like a wash, this difference manifested as a general sense of otherness. Then, on this usual day at school, my otherness shifted and crystallised. My first thought: I’m gay; my second: I can never tell my parents.

Reading the above back, I recall not only the dread of my realisation but the retrospective onus of being nine years old and dealing with the beginnings of an intense self-loathing.

When DANZ first approached me to write this blog, I had no intention of making it quite so personal. As a researcher, my interests are mainly in the social and pedagogical experiences of queer, or LGBTQI+, men in dance. I thought I might take a more clinical stance, then, and muse on the existing scholarship for DANZ’s readers.

However, I realise that being candid may be more useful—not only for any young dancing men who are struggling with their sexuality like I did, but also for me. Much like my research, this is an airing of old ghosts in the hope of understanding how our community’s future might be different. This will be a two-part post, therefore, with this first section providing a brief account of my experience and the second meditating on ways to teach young men dance in a sensitive way.

Before I discuss my story further, some context. Firstly, I am keenly aware of my privileged experience of dance in New Zealand. Regardless of any homophobia that I have endured within and without dance, the fact that I have been able to pursue dance—from a fiscal, cultural, and social perspective—represents an opportunity that others may not have had.

Furthermore, I cannot speak for the experiences of those queer people outside of the often elitist ‘Western theatre dance’ tradition. That said, there is little reason for me to try. For instance, FAFSWAG continues to set a compelling precedent for queer, Indigenous art and dance in Aotearoa and abroad. COVEN, a performance art collective dealing in vogue excellence, is another example of queer voices we should encourage; val smith, our 2016 Caroline Plummer fellow, a leader in the realm of queer community dance and expert on intimacy and public space.

In contrast, I have been raised in the so called Western theatre dance tradition of classical ballet and contemporary dance. I started my own dance journey aged seven in Nelson, before training at the New Zealand School of Dance as a contemporary major. I now find myself nearly half-way through my Masters of Dance Studies at the University of Auckland. My Masters research is located within the Western theatre sphere, and I continue—albeit, infrequently—to explore my career as a performer and maker of contemporary dance. My story is ergo a very slim slice of the queer pie. 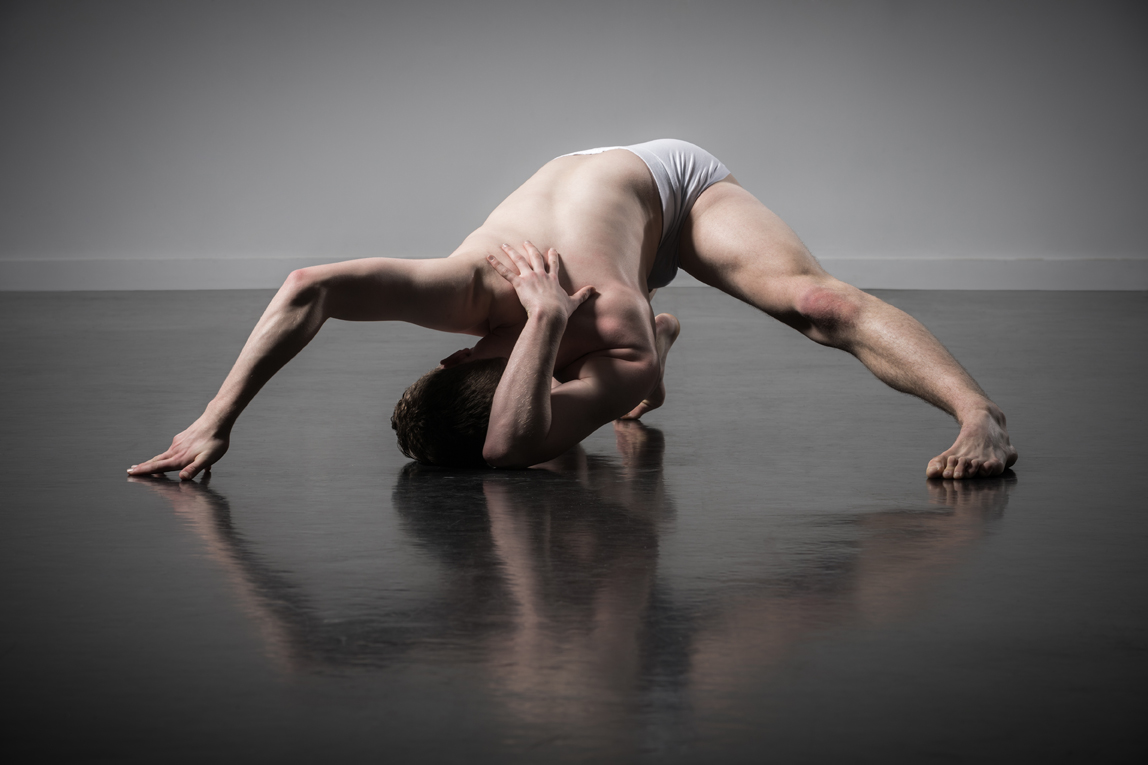 My experience of difference, though, was not an isolated one. As Mary Robertson examines in her 2014 paper, the articulation of difference—either from outside sources or from within—is a common theme in the development of queer males. Another such theme is homophobic bullying, with this area being well attended to in dance research by American academic Doug Risner. In a 2014 paper, Risner explains that queer male dancers report nearly three-times more bullying and harassment than their non-queer peers, whilst a 2007 article laments the “double-bind” that male dancers must negotiate between broader, societal homophobia and the cultural homophobia intrinsic to Western theatre dance (p. 147).[1]

Bullying for me manifested as incessant questioning in the school yard: “Hamish, are you gay?” Perhaps it was the dancing that made me suspect, or perhaps my femme mannerisms begged interrogation. Years later, the word “Faggot!” would soar across Willis St from a car in downtown Wellington. In dance class, nail polish would attract a teacher’s scorn. If there was ever a sign that my sexuality was somehow wrong it was obvious in the language and the textures of millennial New Zealand.

Given that up to 50% of male dancers may identify as gay or bisexual (Risner, 2009) it is worrying for me to imagine such a large swathe of our community enduring this hardship, let alone the internal dialogue of shame that might accompany it.

That said, I wonder what role dancing may play for others like me.

Perhaps I felt less different when I was dancing. From a young age, dance became a space where my difference was less pronounced; where dancing to ABBA in a blue, crushed velvet waistcoat was normal and not testament to my nascent otherness. It felt good, and my ‘acting the goat’ was humoured. I could play my cassette (yes, cassette) of the Grease soundtrack and be affected and unaffected all at once.

It was also a supreme avenue for garnering the attention of adults. If I could never tell my parents about my sexuality, then at least I could excel at dancing and be loveable for my talents, right? They might never know the real me, but at least I could offer a dancing replacement.

Further, and on another level, was the lucidness that dance allowed.

In the deep, thigh-raking, shame that I felt for being gay, I look back now and realise how dancing provided a moment of ‘presence,’ wherein I would be briefly ok with my queer little self. I used to say that dancing was the only time that the Universe made sense to me; the only time where, fleetingly, the sounds and stress of life would pause and yield to the present in a silent joy. In those rare moments, I was no longer running from myself—I was too busy dancing.

A point of difference need not be acute. It may arise as a wash, an inkling, a yearning. Dance is not a perfect world, but it has forever felt like an alternative to a reality I would otherwise ignore. Things have changed now, for me, but I still ponder: if a nine year old boy’s life can change so dramatically on an otherwise usual day, then might others, too, be dancing to forget?

[1] For a comprehensive account of the historical basis for society’s treatment of male dancers, I recommend the excellent The Male Dancer: Bodies, Spectacles, Sexualities by Ramsay Burt.

Queerly We Roll Along - Part 1
+ Text Size -
Do NOT follow this link or you will be banned from the server!