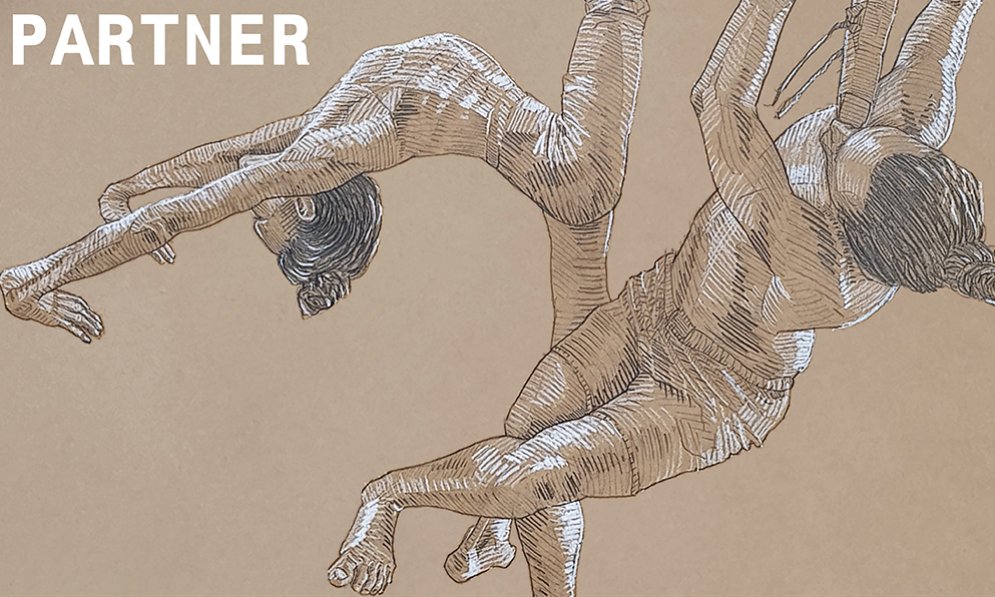 It isn't often I go to see a show twice but I did to this one. Partner is a mesmerizing piece of dance and music creating total theatre.

From the opening image of Jenny, in a spot, bending back with face to the audience, in total silence, then her arms shoot out and those expressive hands move and so the piece commences.

With a whippet thin body of just sinew and tendon, it belies the strength of an Amazon.

Leaping, twirling, sliding over the stage, bending, twisting into a myriad of forms, she is captivating.

Following this dancer’s life and the people/persons with whom she travelled, Jenny is supported by David Yates whose plush musculature is a wonderful contrast to her sparce frame. Their pas de deux was gorgeous. Once on his shoulders, Jenny hardly touched the ground. Sinuous movement at times sexy, at times tender, had me transfixed.

Juan Diaz on flute and Karen Plimmer, a harpist, created an ethereal musicscape for Jenny to enhance with her choreography.

Being of a certain age and with some body parts replaced has not hampered Jenny's choice of movement, which at times took me by surprise with its complexity.

An extremely satisfying time at the theatre.

Partner by Jennifer De Leon
+ Text Size -
Do NOT follow this link or you will be banned from the site!