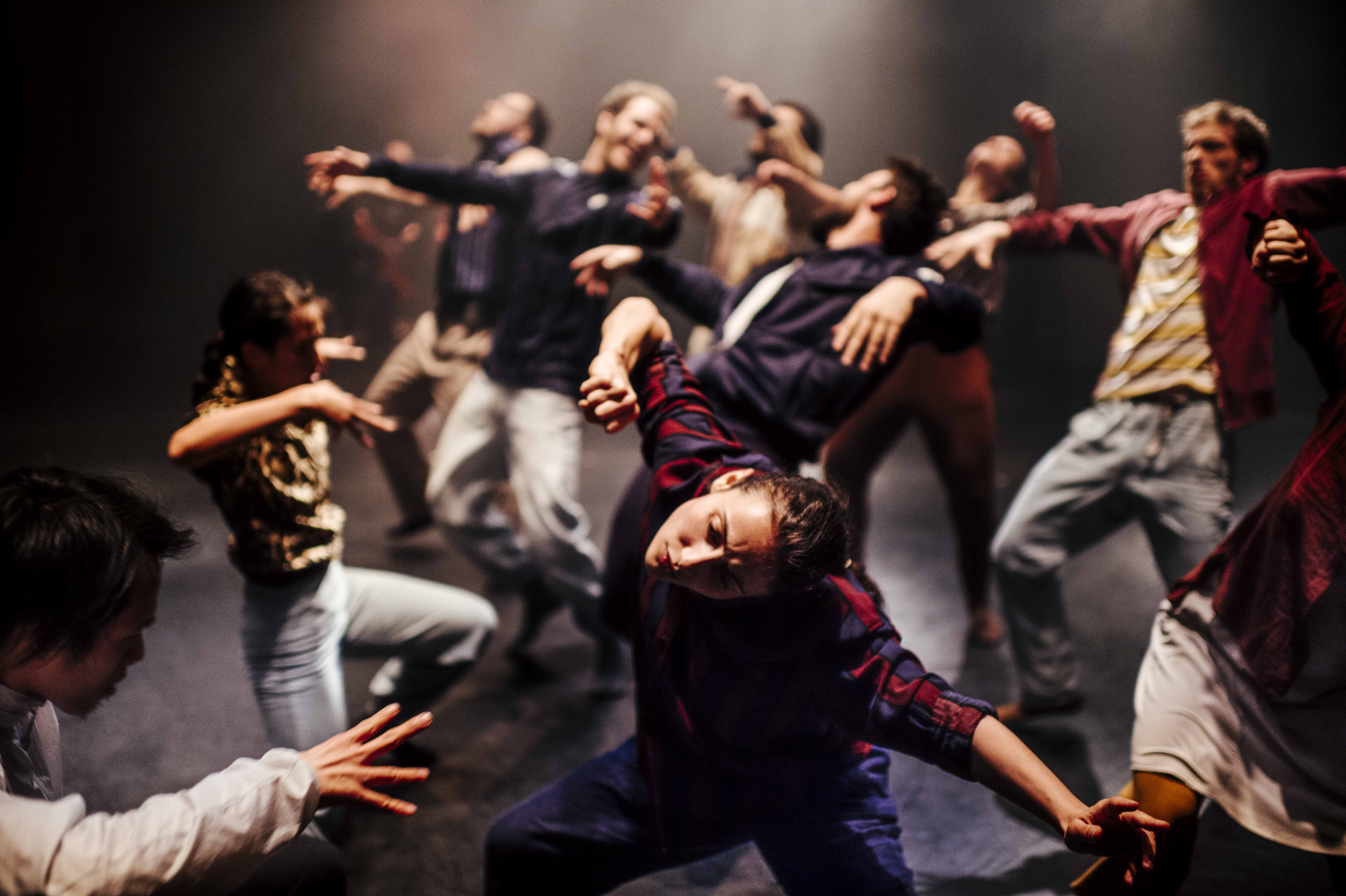 Without doubt Hofesh Shechter delved into Jewish history to portray an apocalyptic future for mankind, in his new work Grand Finale.

As an Israeli artist he would need to look no further than events of the WW2 Holocaust to embody human life pushed to the brink – a world where death, dying and music created macabre scenes of desperation.

Grand Finale has been astounding audiences worldwide – not the least in Auckland judging by the rapturous reception it received at the Auckland Arts Festival. In the opening night Shechter’s ten outstanding dancers – five men and four women - put on an electric performance that was both dynamic and powerful as it was disturbing.

The work was opened by Festival Artistic Director Jonathan Bielski who read an email response by London-based Shechter to the Christchurch massacre of Muslims at prayer. In the email Shechter referred to an old Jewish folk song which says “the whole world is a very narrow bridge and the main thing is not to be afraid.” Shechter stressed the capacity for hope as the only response to the cosmic darkness and chaos of the human experience.

Grand Finale began with a dimly lit, haze-filled stage where an ensemble of classical musicians performed, dressed in formal evening attire. This elegant scene was disrupted by the dancers who began their frenzied movement sequences which became the mainstay of the work. Arms stabbed the air, heads shook uncontrollably, bodies tumbling to the ground, lifeless bodies were dragged remorselessly around the stage. In moments of respite, the chaos suddenly shifted rhythm, providing windows of solace and balance, and then just as quickly broke back into destructive frenzy. The cause of this omnipresent catastrophic disintegration was never identified.

The set by Tom Scutt consisted of seven towering monoliths that silently slid into ever changing and menacing configurations. These confined the dancers in claustrophobic spaces, then opened up allowing the whole group to fill the stage once again. An array of stunning lighting by Tom Visser created a flow of shadowy moods or harsh spotlights.

The work was in two parts: the first half was humanity’s freefall into its darkest place, seemingly powerless to prevent it, in spite of the intermittent glimmer of community. The second half became more of a narrative, punctuated with snippets of ethnic dance and biting humour. The menace never abated but perhaps at the end it was dislodged. In a touching finale, the driving and somewhat repetitive dance subsided to be replaced by three intimate tableaus; a couple kissing, a person in prayer, a group standing with their backs to the audience, facing a dimly lit unknown future.

Grand Finale by Hofesh Shechter Company
+ Text Size -
Do NOT follow this link or you will be banned from the site! Original generation time 2.0087 seconds. Cache Loaded in: 0.0005 seconds.