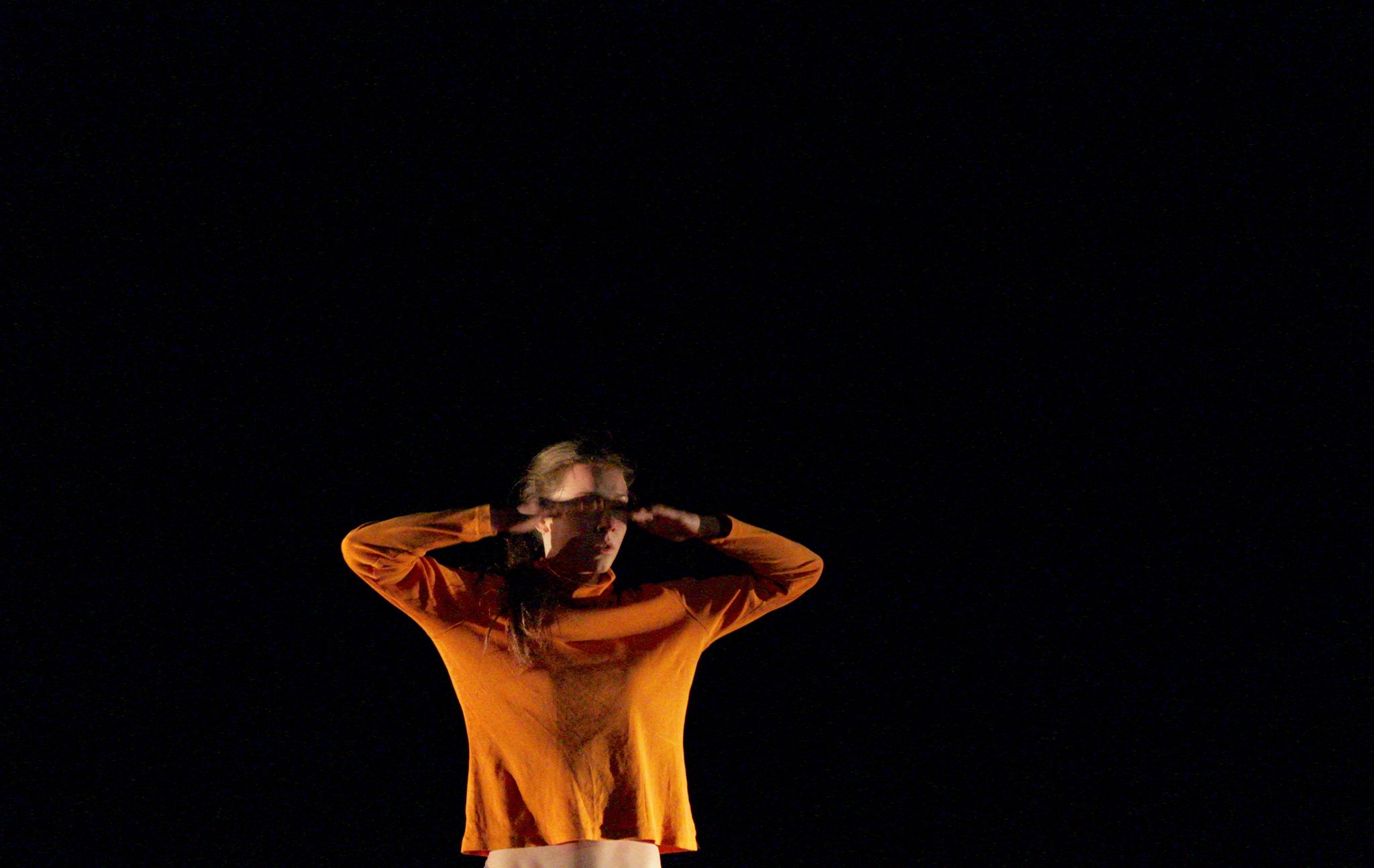 Degrees of Separation is a triple bill created by recent dance graduates, performed at Studio One Toi Tū

OBSCURITY, concept and direction by Deborah Fletcher, is a quirky living room complete with books, furniture, lamps, and family. This is a short work, but it’s packed with movement ideas and design elements, each on its own worthy of further exploration. In its current state, OBSCURITY feels like watching a video clip on fast-forward, flitting from one choreographic idea to the next without leaving breath to unpack each’s significance. The movement is interesting, though yet to be fully embodied by the performers, and challenging to fully ingest. The use of projection, props, lighting states, spoken word, and performer relationships are creative and intriguing starting points from which a further development might emerge.

The second work of the evening is INFLUEN // ZAH, choreographed by Ankaramy Fepuleai. Clad in black and white patterns, the performers are forceful and dramatic, accompanied by ominous and bodily soundscape- clicking, salivating, popping. The work is ritualistic, often coming back to the other from the group, and features several strong images. The work transitions into comedy, directly confronting the audience- this transition is a little awkward. Key movement phrases are polished and explosive, and I crave to see as much care and attention given to the moments between action.

ROU-TES is choreographed and performed by oceanic female collective Vāhine. Vāhine are a group of powerful movers with a commanding, grounded presence. Trancelike, groups and solos are contrasted, whirling shadows on the wall become themselves performers. The work contains a striking gaze, we are fixed on where the performers place their attention. The soundtrack continually brings us back to ‘pigmented canvas’. In a closing gesture we are invited to place flower petals on the structure they embody. ROU-TES is a promising work that would benefit from further choreographic investigation.

Overall I feel that strong moments and ideas throughout the programme are lost to a cohesive curation or considered audience care. For example, despite sitting only three rows back, in almost all floorwork phrases throughout the evening (of which there were many) I found myself standing to get a peep at what was happening, although this wasn’t enough for me to be able to see what was happening on stage. I felt initially frustrated, and increasingly resigned that I was not able to see significant sections of the evening- an issue that could have been foreseen by the choreographers.

The graduate Fringe show can be a rite of passage for emerging dance makers, and it’s assuring to see this group of young artists put their training into practice to present a show outside their tertiary institution/s. The sense I feel leaving Studio Toi Tū is that this is a group of artists brimming with talent, and raring to work. I do feel excited by their zeal, and am curious to see how their artistry can be refined through rigorous crafting, curation, and mentoring that comes with experience, bringing their learnings forward with them into future practice.

Degrees of Separation
+ Text Size -
Do NOT follow this link or you will be banned from the site!