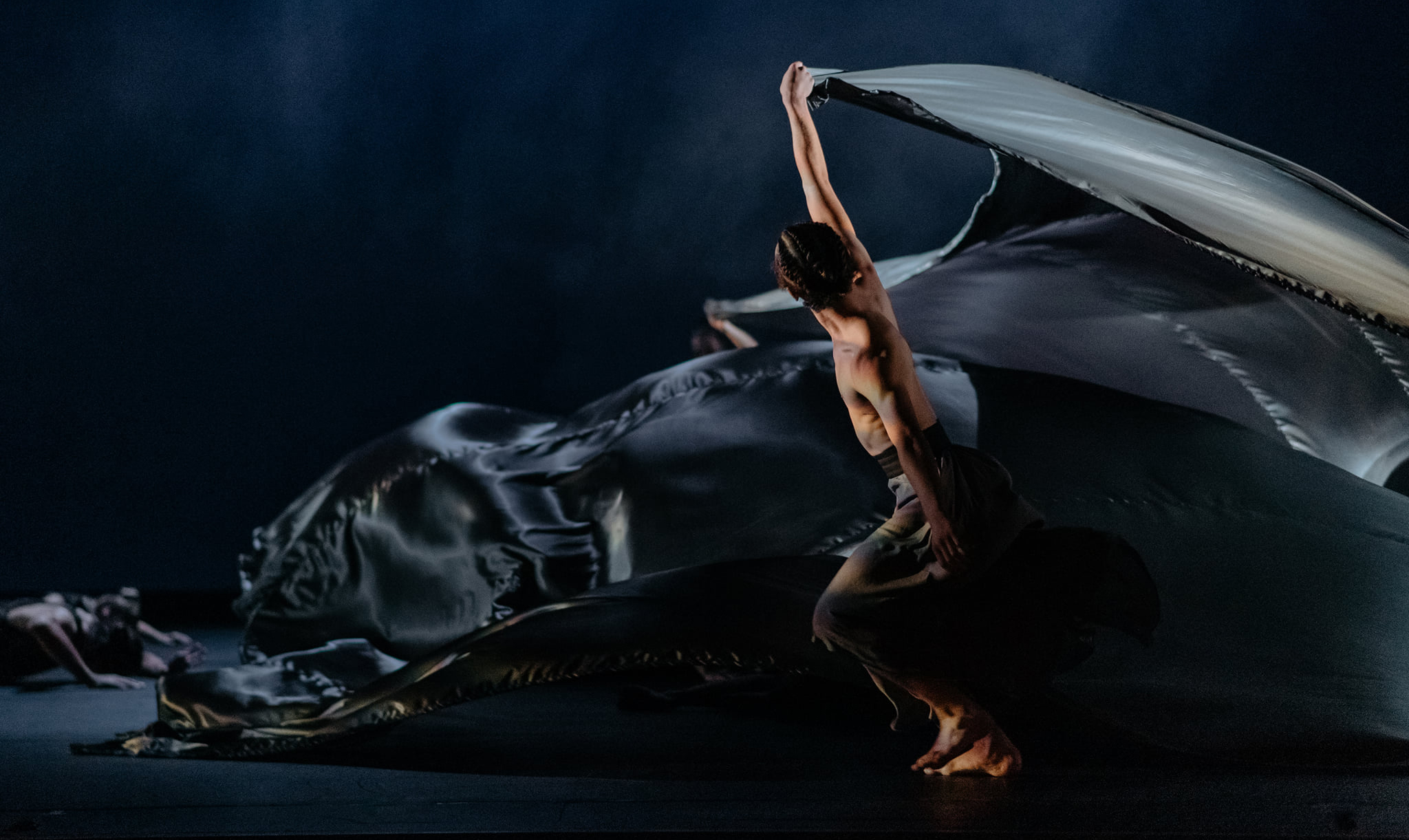 Emerging from the darkened stage’s primeval mist the imposing, noble figure of Sean McDonald, technically a towering dancer, appeared. His initial solo of majestic power and profound longing eloquently depicted the god Ranginui, the separated Sky father. His tender duet, developed as the work progressed, unfolded his love story with Earth Mother, Papatūānuku. They reunite. A caring touch here, their tender waltz there, their smooth, sinuous turns mirroring couples well accustomed to each other; the swift, polished, continuous floor sequences of Earth Mother, their deceptively difficult ‘naturalistic’ movements, those presaged an evening’s performance of arresting beauty, of cultural depth, of dancing undergirded by strong technique, and by intellectual profundity that demanded viewing better than ‘once over lightly’.

Immersed in the performance celebrating the 21st anniversary of the establishment of Atamira Dance Company, from my subconscious a song of the 1940s surfaced, “How deep is the ocean? How high is the sky?” I have never before witnessed this accumulated ocean’s depths of Māori culture all at once; its mythic layers of ancient gods’ narratives; its oceanic swells of sounds - the conch shell, that choral rendition of waiata, wailing, drums, the karanga, the cello, the haka, united thumps of ‘taiaha?’, stomps, speaking voices, modern music and that final familiar song in Te Reo by a fine tenor.

As if immersed in fifty fathoms of a pristine Pacific ocean, light from above the roiling seismic sea waves revealed the outline of flounder in the tukutuku wall projections, and dancers whether soloists, in duets or in fours moved with fluidity, liquid articulation and a stylistic vocabulary uniquely Māori, particularly in the arms that mimicked the octopus’ undulation. Their movements simulated dancing in water. The ocean’s surging power was expressed in the spirituality of the patterns; the circular formations enclosing and embracing the whanau; being hoisted on shoulders as if upholding the values inherited from their tūpuna; their at-oneness with Nature by responding to its flowers, rainfall, snowfall, blades of grass, sea foam on the edge of the beach, wind, clouds, steam on the windows and variations in the intensity of light. ‘Māori and Nature are a unison’ the dances affirmed. 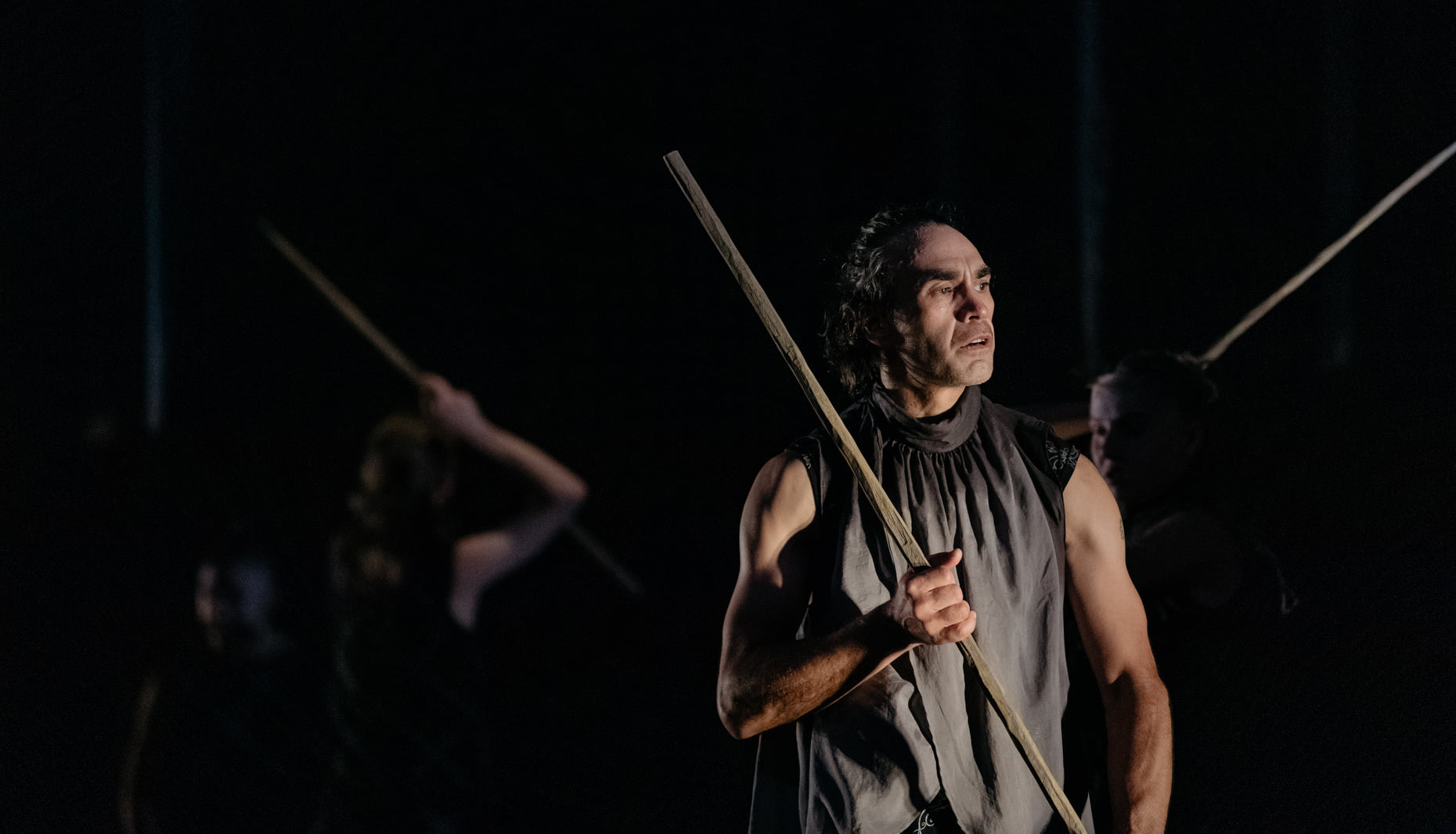 “How high is the sky?” The song had asked me. The effective minimalist backdrops of gossamer length of translucent, smoke-grey fabric stretched the visual aspect of the dances upwards and made entrances and exits unpredictable and agile. Those skilful ‘disappearing acts’, were reminiscent of many a pā on a war footing, who, forewarned, dismantled the dwelling and fled, in a good half an hour before the British troops struggled through the forest and arrived to be greeted by silence. A rope flung upwards, formed into a circle, and into other patterns in a three minute exploration, suggested the ties that bind Earth’s residents to the skies, of an iwi’s effort to reach upwards and of their strength to create other realities on earth with the ropes of wisdom that exist. With spins, jumps, jerks, swirls, superb turns, smooth falls, waltzes, glides, varied flowing floor work, standing and embellishing the vocabulary of the haka, the dancers brought a fresh holistic vision to the choreography which had been worked as duets in isolation during the Covid pandemic. The company’s technical excellence is notable.

The dramatic solo of one dancer’s stately, measured entrance, draped in a long red net that trailed about twenty metres behind her body, as she moved in a diagonal trajectory was arresting, thought provoking and symbolic of connections of the People to the sea and of a trail of traditions that enmesh them protectively. Only the ‘Guts’ was not wholly within my comprehension. However, dancing as an ensemble conveyed the unity, purpose, aroha and unarguable strength and depth of Māori identity which is Atamira’s avowed intention. These pervaded the entire evening’s performance.

As it ended with photographic projections of tūpuna on the gossamer panels, the memory of the lighting designs of the sky, the rolling, shimmering ocean, the korowai patterns with their symbolic meanings, the spark and those concrete symbols of the flag, a teapot and a clothes disgorged from a bag, all left me overwhelmed by this cultural outpouring. Knowing Te Reo could have opened so much more of this world to me, were I so knowledgeable. Jack Gray and Atamira Company’s dancers, choreographers, lighting, costuming and staging members are keepers, interpreters, extenders and transmitters of the complexity and profundity of Māori culture that they embody and narrate through Dance. Long may their Company continue! 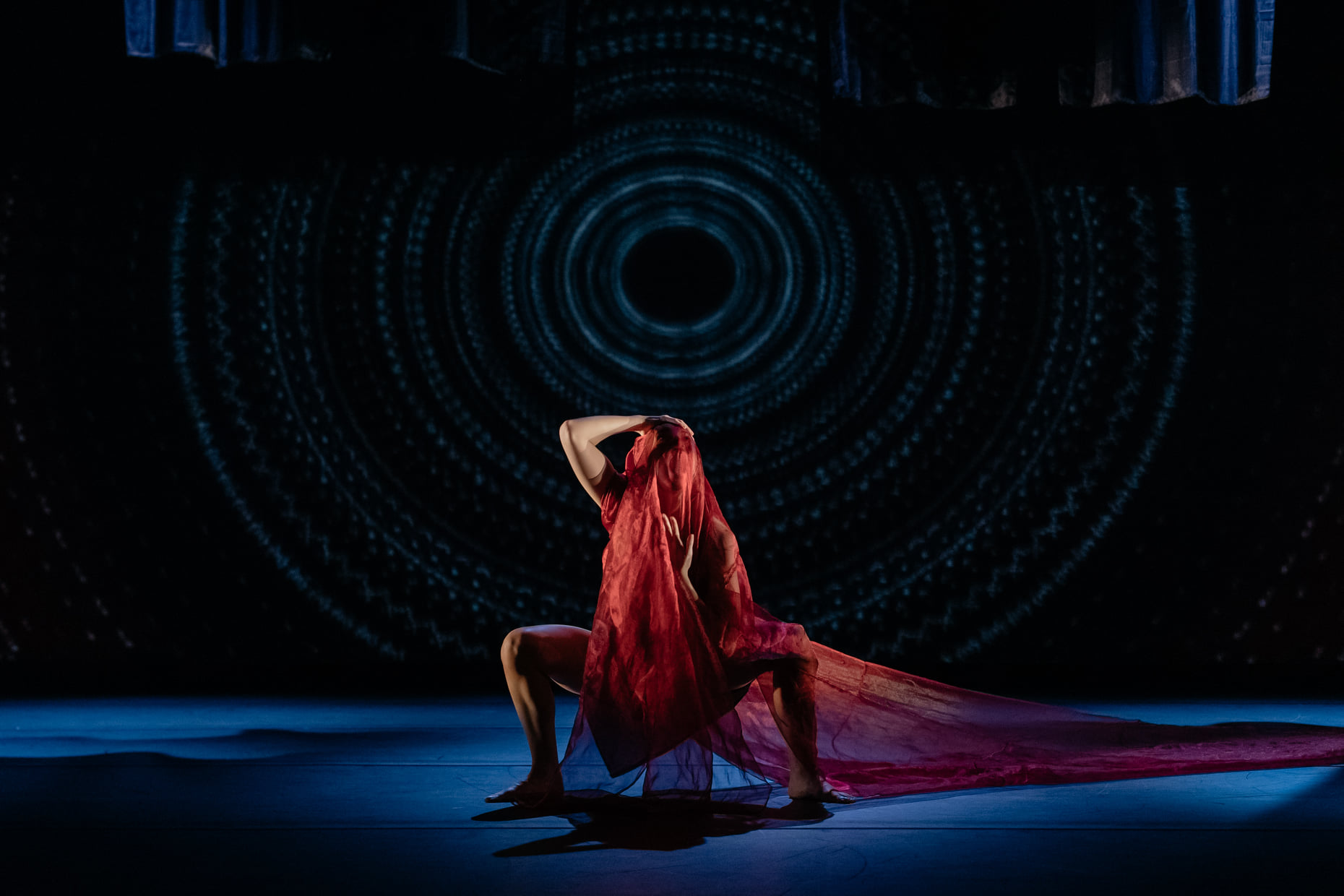 Review: Te Wheke - Atamira Dance Company
+ Text Size -
Do NOT follow this link or you will be banned from the server!