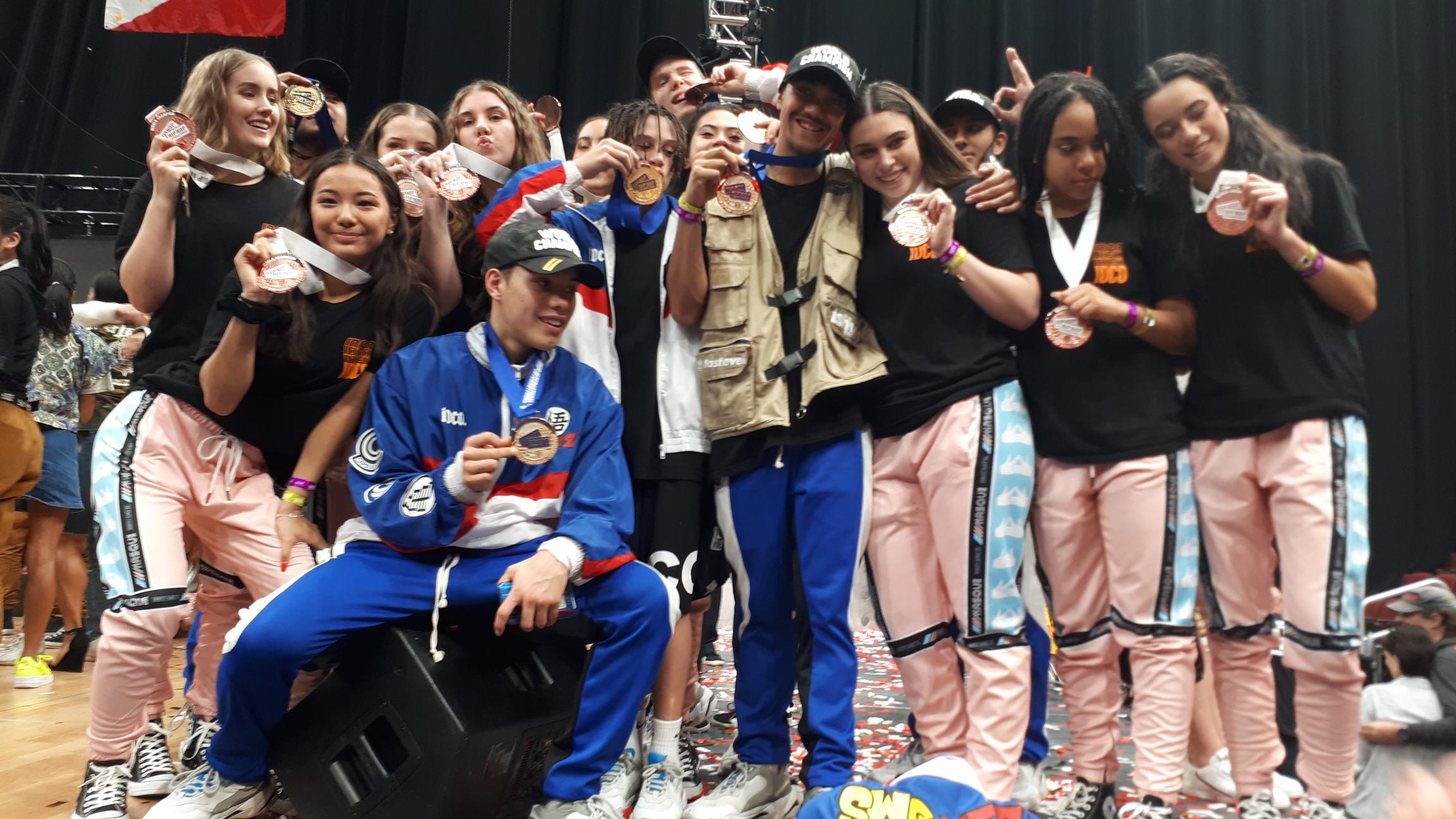 IDENTITY Dance Company dance crews brought home the gold and bronze medal from the fiercest hip-hop international competition in the world. The Swagganauts won gold and Masque bronze. Hip Hop International in Arizona had 4000 dancers representing 52 countries in 4 divisions go head to head on Sunday. In the Varsity division they started with 64 crews from 52 countries. New Zealand brought home two medals in that division.

IDENTITY Dance Company were once again New Zealand’s highest- ranking company for the 3rd consecutive year at the Hip-Hop International World Championship. This comes on the back of last year’s success where IDCO had all three teams that qualified for HHI worlds in the finals with Masque also bringing home the bronze.

The Swagganauts were trained and choreographed for by IDentity Dance Companies director Joshua Cesan. Josh first entered in group in 2015 were they finished a very respectable 12th out of 50 crews. Only 2 of the original members of this group are still in the IDCO teams Faolan OKan (Manny) and Sophie Houghton who is now one of the MASQUE dancers.

Company director and choreographer Josh Cesan says that; “The Swagganauts have come sooo close to winning a worlds medal for the last 2 years always being in the top 6 but this was their year. They are fantastically motivated and hardworking group of boys, who had their eye on the prize from the start”.

The placings as far as Josh and fellow choreographers, Indigo Sagala, Chevy Mikaere and Jah Tahtolo are concerned could have gone to either crew, and what has been amazing during the preparation to and at worlds has been their unwavering support for each other, so much that they are known fondly in company circles as the Masqueanauts.

IDENTITY Dance Company have an impressive list of achievements at worlds and have been represented on the finals stage each year for the last 5 years.

New Zealand also gained a bronze medal in the Junior division with Saintz Dance Academy. Teams from New Zealand that narrowly missed out on a medal - 4th in Mini crew (Project Team) 4th in Adults ( Heist) and 4th in Mega Crew (The Royal Family).

IDENTITY DANCE COMPANY TAKES HOME GOLD AND BRONZE AT WORLD HIP HOP CHAMPIONSHIPS
+ Text Size -
Do NOT follow this link or you will be banned from the server!