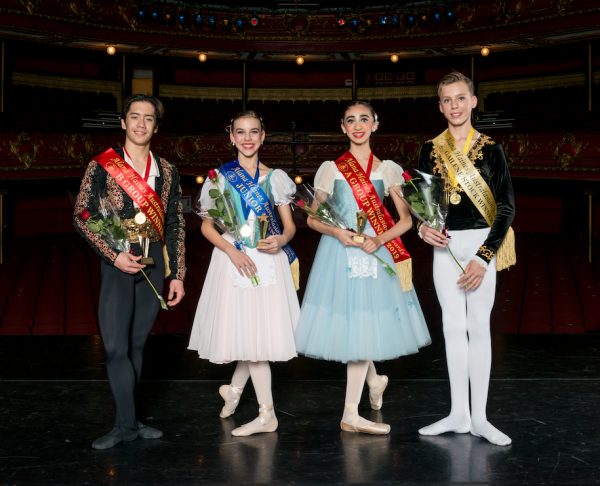 Six hundred young classical ballet dancers aged between 11 – 18 from throughout the Australasian region participated in the AHA Awards competing for cash and scholarship prizes worth $460,000 in the categories of junior and supreme winners, audience choice and most promising male.

The overall Junior Winner was Lily Sophia Dashwood, from Jane Moore Academy of Ballet in Victoria. And while Alfie received the main title and cash prize of the event, Kohana Williams (Mount Eden Ballet Academy QLD) placed first in Supreme Group A, and Rench Soriano placed first in Group B.

The AHA Awards has become the largest and most prestigious dance awards event in Australasia and is supported by the dance community around the world. Scholarships are sponsored from the most sought after international dance schools from UK, USA, Canada, Europe and Australasia and judged by an elite international jury.

AHA Awards provides young dancers a career platform and as a result many of our past finalists are international stars throughout the world.

For a full list of results and scholarships awarded please visit www.ahaawards.co.nz

2019 Alana Haines Australasian Awards Results
+ Text Size -
Do NOT follow this link or you will be banned from the site! Original generation time 1.7371 seconds. Cache Loaded in: 0.0624 seconds.