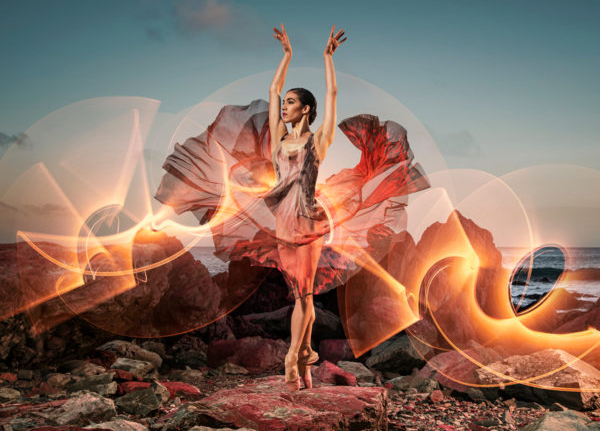 As the curtain closes on a year that has changed the world forever, the Royal New Zealand Ballet (RNZB) has proudly announced its 2021 season with a stunning lineup that celebrates the past and boldly looks to the future.

From February, the RNZB brings to theatres across Aotearoa hope, magic, emotion – and a little bit of mischief – created by some of the country’s, and the world’s, best-loved dance masterminds.

Royal New Zealand Ballet Artistic Director Patricia Barker says, “The purpose of art is to enhance a person’s life, delivering perspective and emotion. To move us, help us feel compassion and to feed our souls. The world around us has changed, but our stories live on, and our need for connection, joy, sorrow, bliss and hope remain unchanged. Our 2021 season brings it all.”

From 12 May to 9 June, the RNZB’s immensely popular production of Giselle, one of ballet’s timeless classics, returns. Stolen moments, secret passion, and innocence betrayed - former RNZB Artistic Director Ethan Stiefel and distinguished principal dancer, director and choreographer Johan Kobborg’s acclaimed production of Giselle first toured New Zealand in 2012 to sell-out audiences, returning in 2016 to great acclaim. Performed in China, the USA, the UK and Italy, and turned into a feature film by director Toa Fraser, the RNZB’s Giselle has captivated audiences and wowed critics. Orchestra Wellington, the Christchurch Symphony Orchestra and the Auckland Philharmonia Orchestra will accompany performances in these centres, with a recording by Orchestra Wellington accompanying shows in Dunedin, Napier and Palmerston North.

July closes with a powerful new double bill: a new commission from Choreographer-in-Residence Loughlan Prior of The Firebird, together with Russian classic Paquita.

The Firebird, first staged in Paris in 1910, changed the direction of ballet. The spine-tingling grandeur of Stravinsky’s iconic score, combining sinuous melodies spiked with orientalism and shimmering orchestration, created an exotic fairy tale universe full of wild enchantment that was worlds away from the classics of Russian ballet. Prior, with designer Tracy Grant Lord, has reimagined The Firebird for a different time: one in which the natural world is threatened, and humanity is staring into the abyss of extinction. As we all now know, humanity can rise from the ashes and forge a new world.

Paquita is a dazzling romp in which the dancers’ classical technique takes centre stage – sparkling tutus inspired by Russian master jeweller Fabergé, fleet footwork, soaring leaps, turns like spinning tops, and a finale which leaves the audience as breathless and exhilarated as the dancers themselves.

From 28 October to 11 December, the Ryman Healthcare Season of A Midsummer Night’s Dream will transport audiences to a fantastical world of dazzling dance, music and enchantment. Lovers, fairies, mischievous sprites and moonlight conspire in Shakespeare’s classic tale. Created for the RNZB by one of the most sought-after choreographers on the international stage, Liam Scarlett, A Midsummer Night’s Dream was an overnight sensation at its premiere, with capacity audiences on its first New Zealand tour.

The New Zealand Symphony Orchestra will perform Mendelssohn’s effervescent music live with the RNZB in Wellington and will tour with the company to accompany performances in Christchurch and Auckland, conducted by RNZB Principal Conductor Hamish McKeich.

From 26 February to 11 March, the ever-popular Tutus on Tour, presented in association with Ryman Healthcare, is a chance for the RNZB to reconnect with ballet lovers all over Aotearoa. Picking up where the company left off when lockdown happened a year earlier, the dancers travel late at night and early in the morning to perform as far across the country as possible. There are16 stops in 2021; the largest number since Tutus on Tour was relaunched by the RNZB in 2017, and the production will once again bring some of New Zealand’s most beloved and historic theatres to life.

The stunning mixed bill of work will deliver two familiar favourites in 2021 – the ‘White Swan’ pas de deux from Tchaikovsky’s Swan Lake and Jules Perrot’s Pas de Quatre – alongside two brand new ballets – Andrea Schermoly’s Within Without and Sarah Foster-Sproull’s Ultra Folly, both of which were ready to be performed in 2020’s cancelled Venus Rising season and which the RNZB couldn’t bear to leave behind.

There’s a glorious world of ballet to enjoy in 2021 as we embrace the future with open minds and hearts. That world is waiting for you.

ROYAL NEW ZEALAND BALLET LEAPS FORWARD INTO 2021
+ Text Size -
Do NOT follow this link or you will be banned from the server!