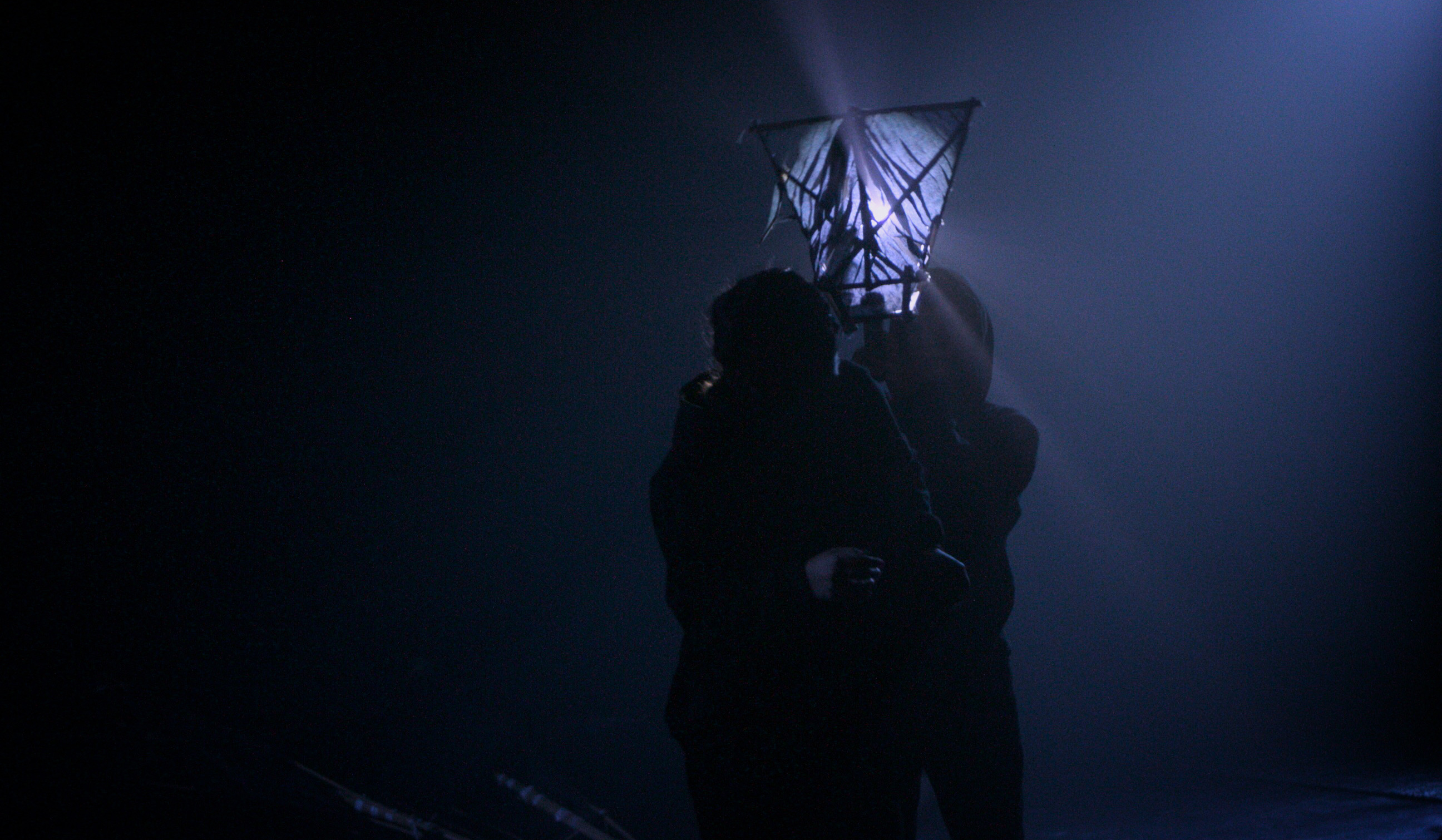 Accepting the challenge of a Fringe Festival performance, Otto Kosok conceived and choreographed a thought provoking work of immediate contradictions, baffling premise and dark menacing execution. Against a seemingly pointless existence, humans imbued with genius and courage manoeuvred to survive and triumph.

Based on a six stanza poem penned by an unknown writer the audience was forewarned of “A dead and lively creature on Tygul Plain…in midnight’s cold embrace…[whose]each heavy breath births a silent hurricane”. Opting overwhelmingly for physical theatre rather than Dance, the four-member ensemble dressed entirely in black, back lit and in a ghostly haze, raucously sang a shanty, becoming increasingly inebriated by whiskey. Then a phantasmagoric world intruded. The harsh drumming of pelting rain, sound effects of breathing and of strong winds, once introduced, pervaded the performance to its end. Responding with hoodie head-covering, huddled against the elements, assailed by thunder storms, the humans portrayed the homeless, the destitute, the bone-chilled, the exhausted, one with delirium tremours, all in a relentless search for Nature’s kindness and human warmth. This was visually powerful.

On a now totally black stage small candles carried in glass beakers placed at floor level were the only indication of where the dancers crouched. These humans migrated: upstage, traversed space silently, glowed down stage, crossed left, nimbly advanced right, hid the light so that they ‘disappeared’; re-appeared in patterned formations, to strings and woodwind. One sat for a smoke. Another went for a walk to dark string accompaniment. While uncertainty, destitution, fear and pain were present, human wandering seemed purposeful, hopeful, attempting to outfox the pitiless, malignant force. Perhaps this was an emphatic theatrical response to our Covid reality.

Enter a two-metre tall, monstrous, shiny, black puppet, a non-human form composed of a series of slats formed into a transom, with uprights held by a performer dressed all in black. The performer stood in the doorway. Chimes hinted at a sense of confusion. Had the monster moved to menace and frustrate the actors? Or was its intent to siphon off, through interaction, “…your hate, your love, your sadness and disdain”? Would that leave them as better, though battered persons groping in the dark? Mika Turnbull and Otto Kosok’s puppet construction delivered ambiguity right to the end. This was, however, mediated by reassuring sounds akin to melodious koto music.

The Creature resists facile interpretation. The performers, lighting and sound designers presented a unified work of Otto Kosok. It left me determined to resist despair and malevolence as the performance strove to do. A worthy Toi Poneke, DANZ and Fringe Festival offering. 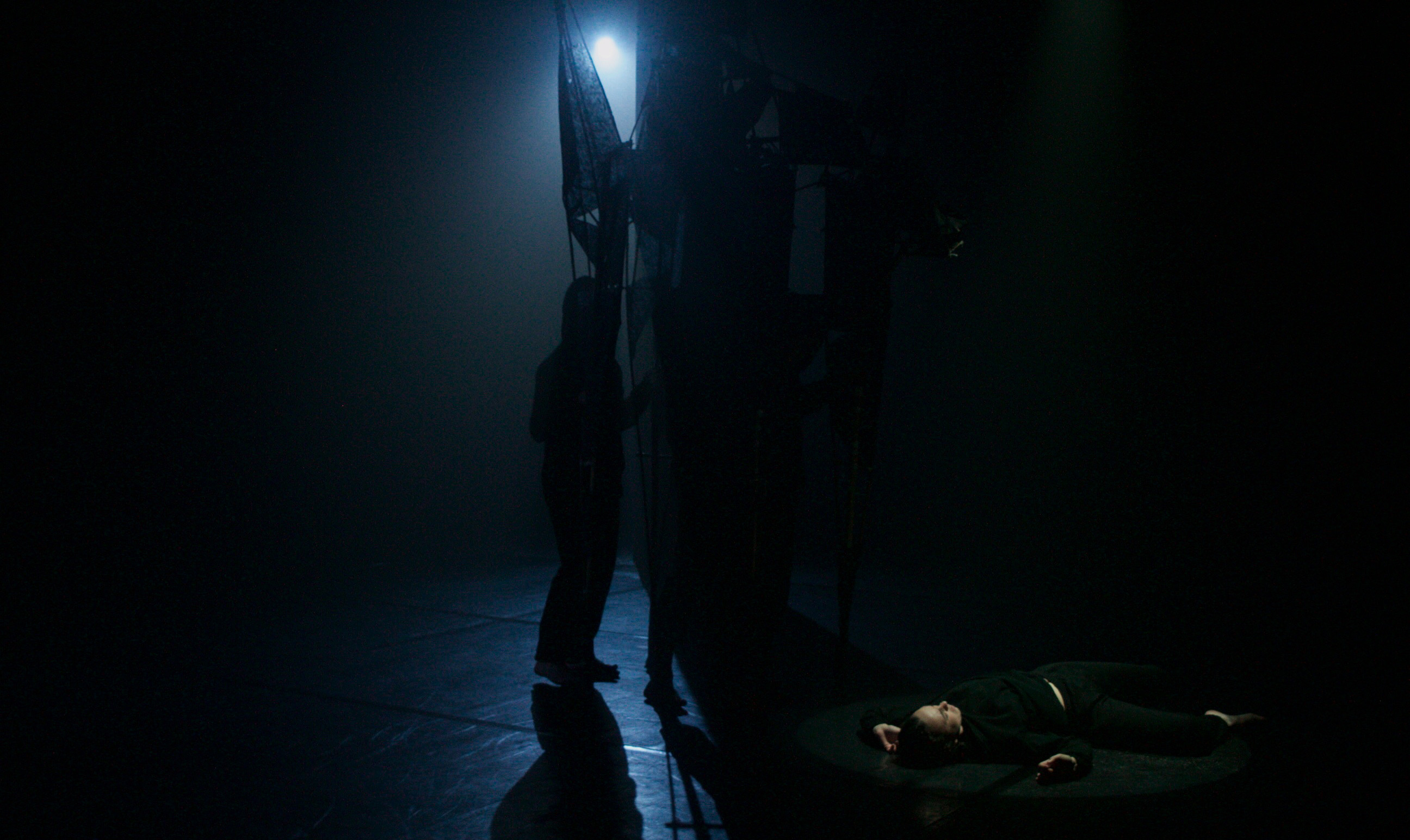 Review: ACCEPDANCE - The Creature
+ Text Size -
Do NOT follow this link or you will be banned from the server!