A Floor, Some Thoughts and Us 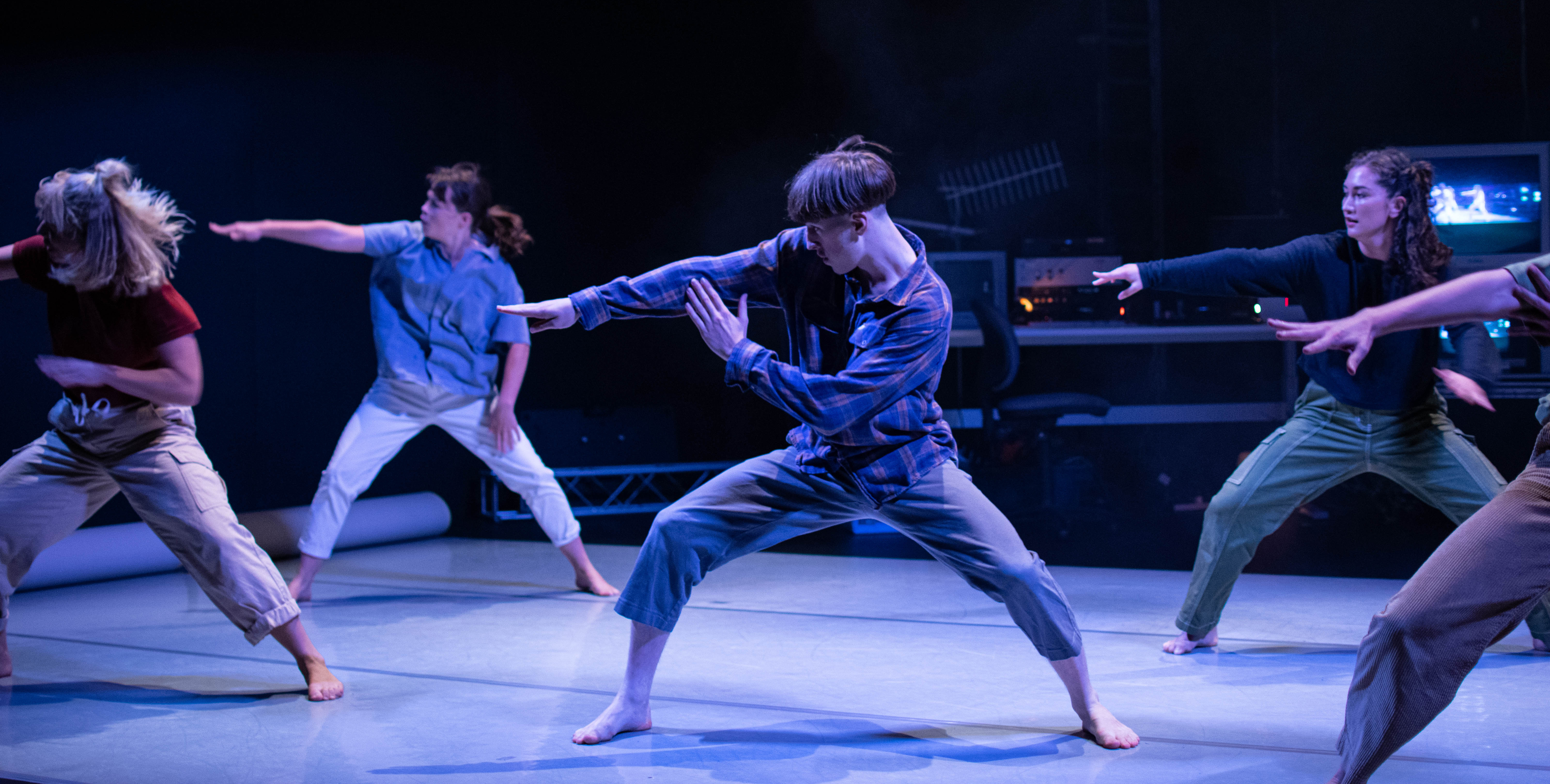 Another triumph of ChoreoCo, the annual project of fresh, innovative choreography and experimental Dance! This year, five highly trained, and particularly disciplined exponents of contemporary technique, were young, versatile dancers who presented myriad visual questions. The audience at that NZ Fringe Festival performance, which was  presented under the auspices of Footnote New Zealand Dance, responded with laughter, cheers, intakes of breath, thoughtful ‘ahhs’ of appreciation, applause and later, insightful statements of unadulterated praise.

Five dancers, all in street wear, danced barefoot against a visual counterpoint of three malfunctioning, noisy TV monitors, a sofa, the accoutrements of suburban life on the floor and blank wall spaces. Poses, an entrée to the performance, all teased the senses to engage in questions of inter-relatedness, complementary balance and the quest to define identity. At floor level, at standing height, with arms parallel, or describing geometric lines; working with a-symmetry, angularity, shadow play, and full dynamic extensions, the dancers playfully promised beguiling complexity in their performance which was soon to begin. 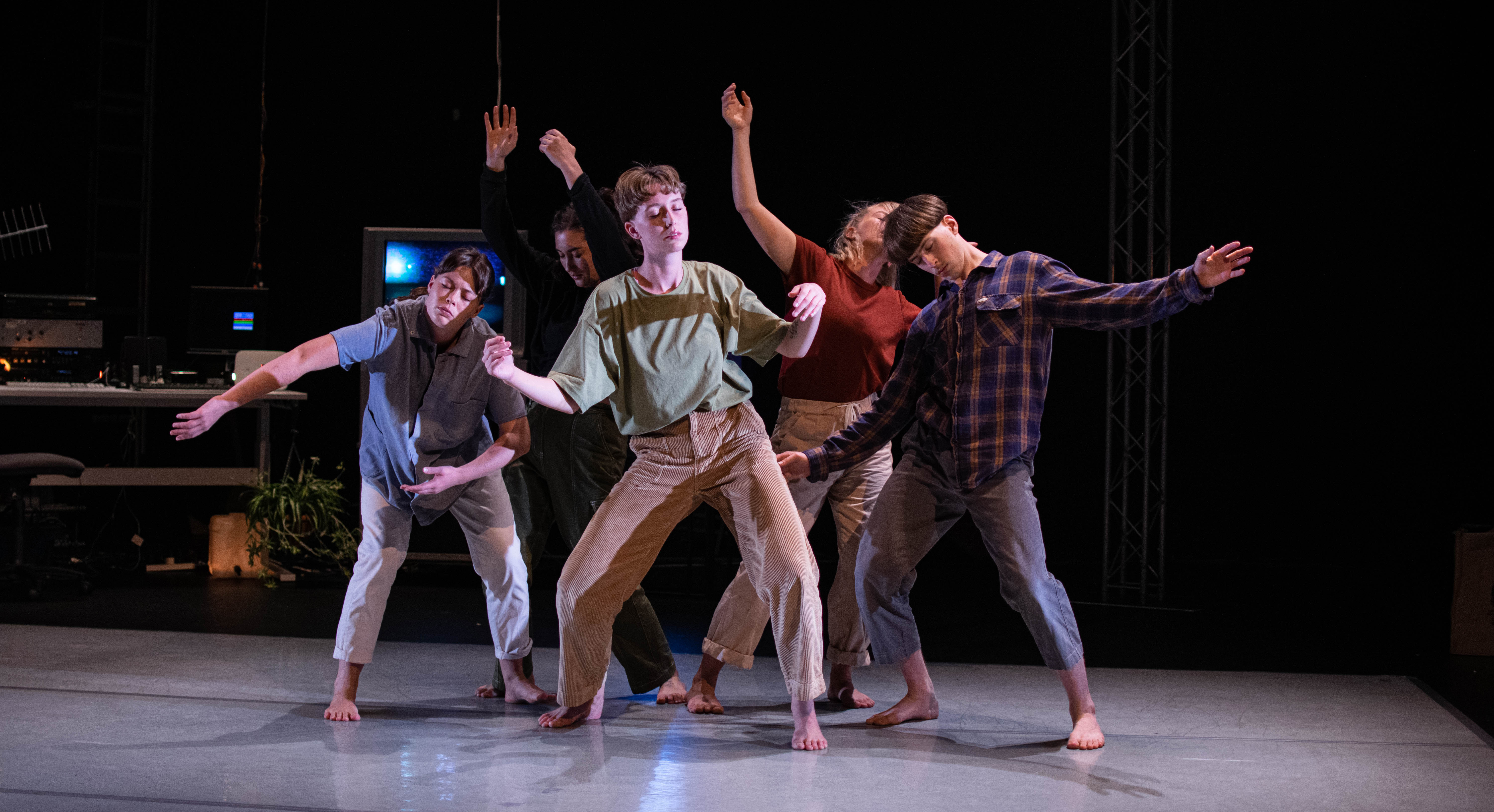 Utterly arresting was the female pas de deux of tension bordering on aggression. Their unrelenting intertwined struggle to a soundtrack of bell chimes and electronic droning reflected meditations undergirding the Work; “I want to make contact. I’m here riding the vibe, receiving, responding, deciding. We’re going to work this out. If you join me…..” Impervious to the females’ struggle, dancers sat absorbed in magazines on the sofa until alerted, and invited to leave the side line, re-enter the stage and participate in the struggle of Life’s Dance. This prompted musings on our willingness to struggle, to disengage or re-enter the Dance, exploring the magnitude of being human.

Choreographer Jeremy Beck, the superb performers/collaborators, Tony Black the lighting designer and Footnote NZ Dance board and administration have again brought to the Fringe Festival a work of complex thought, professional execution and deep enjoyment, for the Wellington audience.

Review: A Floor, Some Thoughts and Us - Footnote New Zealand Dance - ChoreoCo 2021
+ Text Size -
Do NOT follow this link or you will be banned from the site! Original generation time 1.6083 seconds. Cache Loaded in: 0.0354 seconds.