Linda Lim talks with Mark Baldwin about the influences on his practice during his tenure as artistic director for leading UK contemporary dance company Rambert, and since leaving the company in 2018. 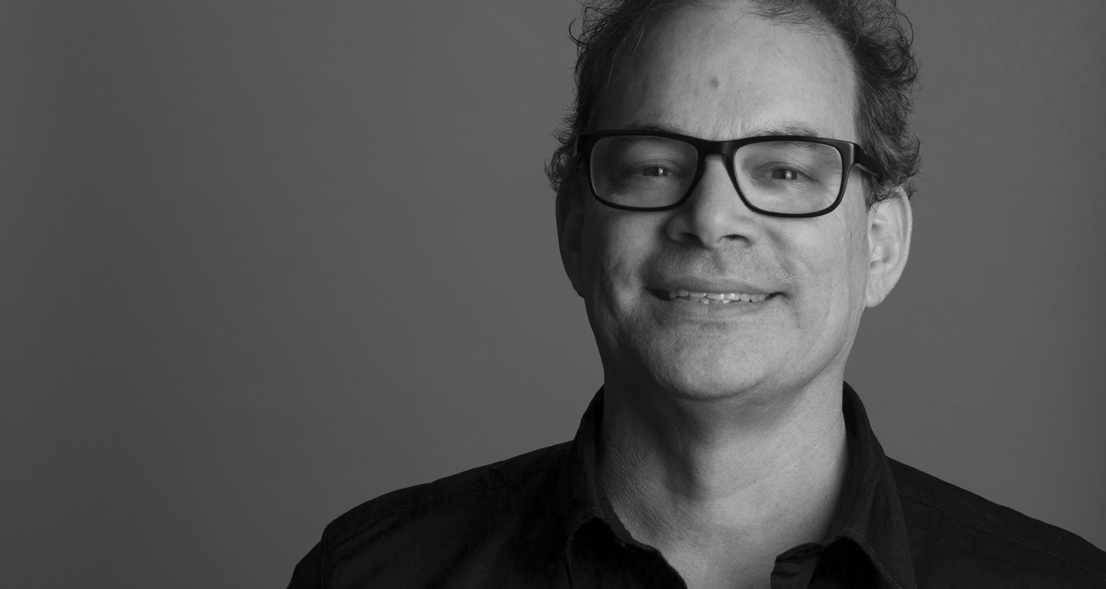 Mark Baldwin, OBE, was born in Fiji and raised and educated in New Zealand. Mark was a founding member and choreographer for Limbs Dance Company and danced with the Royal New Zealand Ballet before spreading his wings to London. He danced with Rambert from 1983 to 1992 and led the company as artistic director over a 15-year tenure from 2002-2018, making him the longest serving director of the company since Marie Rambert herself. Judith Mackrell (chief dance critic of The Guardian) described him as 'knowing and maverick', when she presented him with the De Valois Award at the Critics’ Circle National Dance Awards for 2018.

You brought a strong vision for collaboration to Rambert. What do you consider to be your greatest achievements during this time?

Successful dance in my opinion brings artists from different art forms together to make something more powerful than what they could do individually.

My most successful projects involved composers and visual artists; Rambert’s Cunningham Event is a dream-come-true, as the décor and costumes were created in collaboration with Gerhard Richter, the German painter, who adapted his Cage Series, which is housed in the Tate Modern, for the stage. The commissioned music, composed by Phil Selway from Radiohead, was played live at every performance. The piece unfolded in two different studios simultaneously and the audience were free to view the work at will by walking between the two studios, while the dancers and musicians used the back internal staircase to travel between the performing spaces. First presented in the new Rambert Building on London’s South Bank, in the heart of London’s artistic centre, the work brought the company’s history with Merce Cunningham right up to date by using parts of the 10 works he allowed Rambert to perform over the previous 30 years.

More importantly for Rambert, this signalled the arrival of the company into their new bespoke home. Bringing this building to the attention of London’s cultural sector was a major part of my tenure as artistic director. I was both fundraiser and host; I met with architects, community leaders and whoever else was needed to realise this vision, while running one of Britain’s best-known dance companies, with its heavy touring commitments and a constant turnover of dance works to appeal to local, regional and international audiences. The adaptable personalities of the dancers armed with commitment, training and a particular life experience got me through a formidable task, and I thank them
for their artistic inspiration.

Haydn: The Creation that I choreographed to celebrate Rambert’s 90th birthday, in collaboration with Rambert, Garsington Opera, the Rambert School and the Rambert Orchestra is a personal highlight – you can see it on BBC’s The Space (www.thespace.org). I had many other highlights during my time as artistic director of Rambert, including the opportunity to choreograph once every two years on dancers I had chosen and developed; working with orchestras and composers; commissioning female choreographers; moving the company into a new building; and bringing ethnic diversity to the company of dancers. I increased the engagement figures for the company, with a Learning and Participation programme that reached 40,000 people a year as it toured, and developed a close affiliation with the Rambert School. With the help of many other collaborators, I was able to commission 60 works and to have live music at every performance. I’m also proud of Rambert2 and its degree programme, workshops for young choreographers and composer residences. 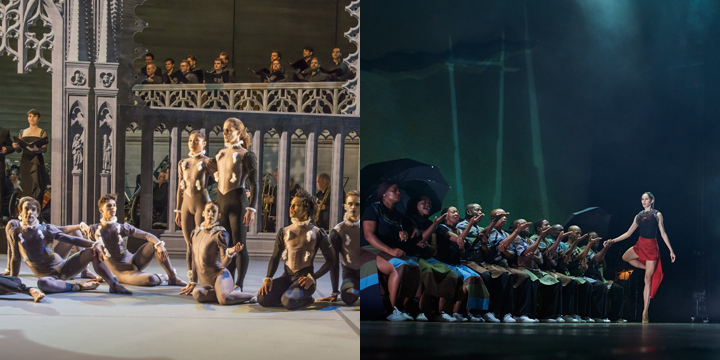 How has the crossover of visual arts and dance influenced your work?

Art and choreography go hand in hand. When I make dances, I think like an artist, only with movement, and often in close conjunction with a visual artist or designer. I use time, space, history, dimensions, sensory perceptions, music (a big one for me) and the dancers' embodied knowledge as material through which the ideas are formed and delivered, sometimes theatrically, other times relying only on the poetry of movement and what that brings up. Nothing is purely abstract as there is a constant human need to make up stories, develop connections and make relationships.

My background in Fine Art helped me commission artists for my work. This was the key that enabled me to be a guest lecturer at Wimbledon College of Art and Central Saint Martins (University of the Arts, London) and gave me a language to negotiate my own relationship with dance, creating dances and, indeed, also as a dancer. British choreographers, Sue Davies and Sir Richard Alston, also began at Art School and, although from a different generation, the basics were perhaps similar – a search for ideas, a fascination with technique and musicality, endless invention and curiosity.

How does your affiliation with music inform the works you create?

Music is often the basis of my work and I have found collaborations with composers the most rewarding and original thing I can do. I am extremely fortunate that I had an orchestra to plan the work with, who also toured with the company, enriching every performance whether it be local choirs to sing Howard Goodall’s Eternal Light (they have excellent choirs in Britain), or picking up the local brass bands to play Gavin Higgins’s Dark Arteries to honour the miners’ strike of 1984/85.

There cannot be an art form without a history and I am very grateful for the Rambert Archive and the enormous part it plays for contemporary dance in Britain to honour, use or abuse it's past.

How did you deal with the complexities of bringing together dance, visual art and music in Ihi FrENZy performed by the Royal New Zealand Ballet and the then national kapa haka champions, Te Mātārae I Ōrehu?

I remember being very nervous, hardly able to deal with the cultural differences large and small between the two groups who had the enthusiasm to perform the Haka together as one. I learned such a lot from Te Mātārae I Ōrehu. Large parts of my choreographic thinking when making movement to the music of Split Enz was driven by experiences of watching my mother’s native Fijian meke and lakalaka and the grounded tribal dancing found throughout the Pacific. I was brought up with diversity, as Mum came from the Lau Group in Fiji and my father from rural Ireland, where my grandparents were farmers before immigrating to New Zealand. My father was an architect and encouraged me to draw and paint as he had ambitions for me to be an artist. The back cloth of Colin McCahon’s I Am held everything together as an icon of togetherness. After the recent shootings in New Zealand, unity is still an enduring concept to be strived for. This ballet set the stage for my own development and the deep interest in the message of diversity on stage, both as artists, who reclaim ballet for dancers of different backgrounds, and the continual development of contemporary technique based upon everything that has gone before, not less but more.

What have you been up to since your return to being an independent choreographer after leaving Rambert?

I am not responsible for a permanent group of dancers but select from freelance artists, many of whom I already know. I have worked with South Africa’s Ladysmith Black Mambazo and Soweto Gospel Choir; put on my first solo exhibition at Bermondsey Project Space; worked with a group of dancers for the Royal Festival Hall; workshopped in Tokyo with Samurai (featured in Kill Bill) and local dancers, later staging a street dance for these Japanese dancers. I have worked with the London Schools Symphony Orchestra and Elmhurst Ballet School in Birmingham to stage Eleanor Alberga’s Roald Dahl’s "Snow White and the Seven Dwarfs" at the Barbican; and am about to re-stage Inala at London’s Royal Albert Hall to celebrate Black History Month and World Ballet Day. I will take Inala to China for 17 weeks in 2020 and also plan to tour this to Monaco and Dubai.

What is the impact of developments in the use of technology and digital processes on your practice?

I have always used technology in my practice and have made several video pieces, two of which – Eden and Domestic Rite – were shown at my exhibition Embodied Knowledge. I was the first person in Britain to learn Merce Cunningham’s software Life Forms. I have worked with Nicola Clayton, Professor of Comparative Cognition from Clare College Cambridge, for over 12 years and we are presently involved in a study.

The Arts Foundation launched Arts Month in September this year to share what art is to Aotearoa. Can you tell us what art is and means to Mark Baldwin?

I am proud to say that in New Zealand, Māori culture is the national culture. To me, Māori culture has the ability to embrace all other cultures while keeping its own strong identity. My work on Ihi FrENZy with the Royal New Zealand Ballet, Wetini Mitai-Ngatai and Te Mātārae I Ōrehu, and Witi Ihimaera on The Wedding, attests to my personal commitment to reclaim the art forms of ballet and contemporary dance for those of us from tribal or mixed race backgrounds.

The embodied knowledge of people, dancers and artists really interests me, often a deep in-built knowledge that the brain is unaware of. Individual expression through dance, visual art and music can be a powerful experience when related to performances large and small. I am increasingly aware that people intuitively search for what they can relate to, the world as they see it. How can they participate; what does it mean to them; do they know someone in the performance; could they make their own; how do they get to know more?

I am absolutely for the next generation of artists trying things out with new commissions that encompass wild challenges and provoke artistic clashes. In my time at Rambert there were several works that spanned generations; what is hugely important with works such as these, which stand the test of time, is they challenge but are also accessible to audiences.

I still love looking into the black hole of creativity wondering what's going to come up next.

For more about Mark Baldwin and his work, go to www.markbaldwinstudios.co.uk or follow him on Instagram @markphillipbaldwin and @inala_live

In Conversation with Mark Baldwin
+ Text Size -
Do NOT follow this link or you will be banned from the server!