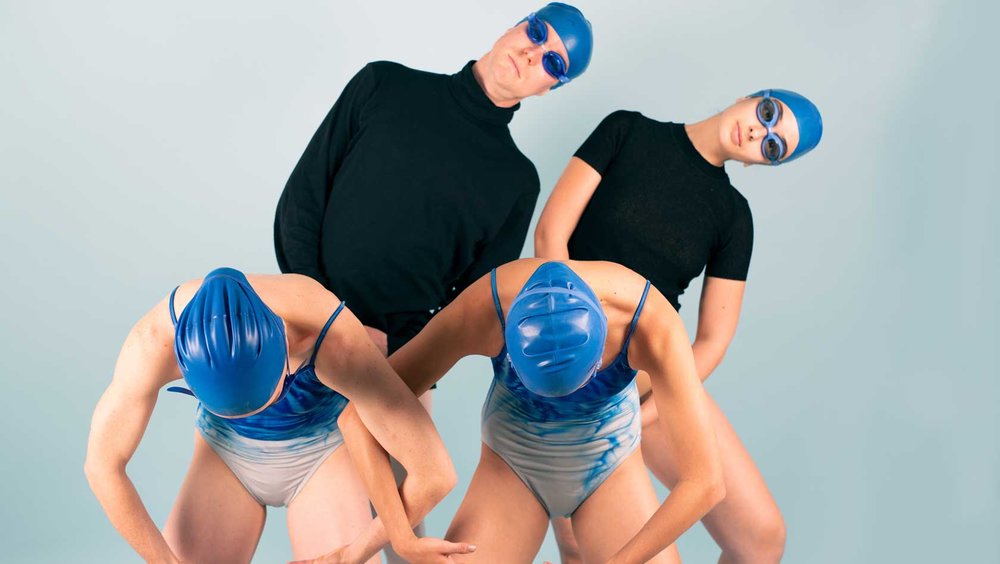 As part of the Auckland Fringe Festival, Dance Plant Collective collaborated with Auckland-based electro-pop artist Boycrush to bring us infectious beats, mesmerizing movement and a night of pure magic.

After releasing his album, Desperate Late Night Energy in 2018, Boycrush (Alistair Deverick) received rave reviews and was even nominated for a Critics Choice Award for ‘Best Electronic Artist’. After listening to the album and watching it play out on stage, you can see that this nomination was truly deserved. The concept of the work was very captivating; it was great to see Dance Plant Collective’s vision bring Deverick’s musical inspirations to life through dynamic contemporary dance.

The choreography was perfectly in sync with the fast-paced electronic beats. It was refreshing to watch each movement being triggered by live sound. The dancers (Tui Hofmann, Brittany Kohler, Natasha Kohler, Bella Wilson, Jaz Yahel) brought a playfulness to the stage, through using captivating facial expressions that matched the tones, lyrics and rhythms of the music.

There was a free-flowing feel to the night as each track weaved into the next and the dancers glided in and out of duets, trio’s, group choreography and solo work with ease. Each section was just as dynamic and energetic as the next. The choreography was expressive, uplifting and contained both frantic movement and soft gestures. One of the stand-out pieces of the night was Holy Water, where the dancers performed in swimming attire, caps, and goggles, giving a comical feel to the choreography. It was light and refreshing and certainly made your toes tap.

The lighting, designed by Suren Unka complimented the bold costumes and the simplistic set as the shimmering material and funky fabrics glistened amongst the dancers. The set contained strips of shimmering material that hung from the back of the stage and had a mirror like quality, where movements and gestures were reflected allowing you to capture the movement twice.

There was no point in the night were we felt that the dancers and the band didn’t work. To us they were one creative piece, rather than two separate entities. There was a moment when stunning vocalist Carla Camilleri took to centre stage with the mic and immersed herself amongst the action, demonstrating the dynamic between dance and live music that is rarely captured.

The performance as a whole was extremely clever, witty, immersive and jam-packed with talent. Just as Dance Plant Collective state on their website: “We embrace both absurdity and authenticity, trusting the spontaneous cross-fertilisation of view-points to produce startling new material staged in equally surprising spaces,” and that’s exactly what was brought to life in their collaboration with Boycrush in Desperate Late Night Energy!

Desperate-Late-Night-Energy by Dance Plant Collective
+ Text Size -
Do NOT follow this link or you will be banned from the server!