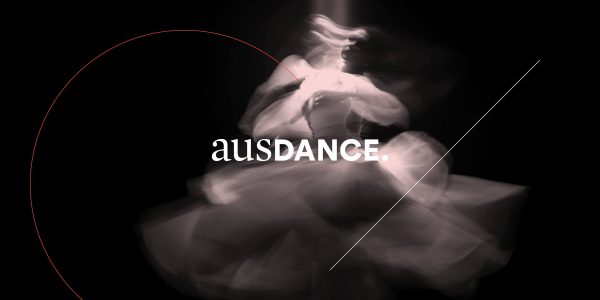 Last week, Ausdance National announced with great regret that it will be winding up the association. They site the impact of shrinking government funding for the organisation, resulting in dwindling reserves and severely limited resources for its demise. Despite significant fundraising efforts and organisational restructuring, Australia’s national advocate for the dance sector could not secure sustainable financial support.

The announcement comes the week of the 2019 National Dance Forum (NDF) being presented by Ausdance National in partnership with Tracks Dance Company in Darwin. The theme of this year’s NDF is ‘Home – dance of place, disruption and belonging.’

For over forty-two years, Ausdance National has been ‘home’ for the dance sector through its delivery of high-level advocacy, industry development initiatives, publications, conferences, and the Australian Dance Awards. The announcement that the annual dance awards were no longer being held this year was an early warning bell for the organisation’s critical status.

Ausdance National has been a key dance advocate, addressing issues and fighting for increased resources to support the dance sector in Australia. Importantly, it has created a sense of belonging for extraordinary dance artists, creators, educators and dance lovers.

“The dance sector in Australia has experienced significant disruption and change, in part due to shifts in funding and the lack of a comprehensive arts and cultural policy. Despite the best efforts of the Board, staff members and volunteers, regrettably Ausdance National will take its final bow at the 2019 National Dance Forum and commence the process of winding up.” said, Professor Gene Moyle, Ausdance National President.

The Ausdance network, of which Ausdance National was just one part, continues on with Ausdance ACT, Ausdance NSW, Ausdance QLD, Ausdance SA, Ausdance VIC and Ausdance WA. They work independently and collectively on key areas and programs. They provide advocacy, advice and services and deliver a diverse range of projects that specifically address the needs of their state’s dance sector.

“With the demise of Ausdance National, the state-based organisations become even more essential to the health of the Australian dance sector. State governments need to remain committed to supporting these organisations if they are to see the benefits dance delivers to community wellbeing, social, cultural and economic development.” said Prof. Moyle.

Ausdance National was one of the 65 arts organisations that lost its operational funding in 2016 following the ‘raid’ on the Australia Council for the Arts by then Arts Minister Senator Brandis. Known as the ‘Black Friday’ cuts, Ausdance National responded by appointing a skills-based board in March 2017. The Board restructured the organisation’s operational model, rebranded and repositioned the association in collaboration with its national network, explored alternate revenue streams, continued to deliver key sector initiatives such as the Australian Dance Awards, National Dance Forums and Safe Dance Project IV, whilst persisting with national advocacy for dance and the performing arts sector in partnership with other peak bodies.

Ausdance National acknowledges the vital support of partners such as AON and Harlequin Floors, benefactors and members as well as long-time supporters that have graciously volunteered time and expertise. Unfortunately, this is not enough to sustain operations into the future.

The Dance sector itself does not have the capacity to fund its own advocacy body and the new structure of the grants program at the Australia Council for the Arts means that Ausdance National is required to compete against its members and constituents for funding.

With the final curtain call now approaching for Ausdance National, who will nationally advocate for the artform of dance?

The National Dance Forum provides an opportunity for the dance sector to network, share and expand knowledge, and engage in discussion on the inherent concerns impacting dance practice in Australia. In the spirit of Ausdance National’s legacy, the 2019 NDF, supported by Arts NT, will facilitate debate and discussion about the best way forward to support the dance sector in Australia.

Ausdance National’s mission was to educate, inspire and support the dance community to reach its potential as a dynamic force within local, national and international communities. The organisation aimed to:

• Provide leadership in dance education, advocacy, policy development and debate.
• Provide a national voice for dance development in Australia.
• Champion innovation, creativity and diversity in dance.
• Encourage access to and understanding of dance in communities throughout Australia.
• Assist in identifying and promoting all dance traditions that exist in Australia, in recognition of their cultural importance.
• Foster international links with dance and dance-related organisations.

• Administered the Australian Dance Awards, produced by the network over 21 years recognising, celebrating and honoring dance artists and industry professionals who have made outstanding contributions to the sector.

• Facilitated Treading Pathways which led to the creation of BlakDance, a national advocate for Indigenous dance artists and small to medium dance companies.

• Led ongoing analysis/advocacy for the independent and small-to-medium sectors at the highest political levels, resulting in a partnership with Australia Council for the Arts that led to injection of $19M new funds into small to medium sector.

• Initiated SCOPE for Artists, a partnership with the Australian Sports Commission/Australia Council for the Arts that supported dancers’ career transition and delivered significant research outcomes.

• Successfully advocated for dance to be a stand-alone subject in the Australian Curriculum: The Arts.

• Participated in LPA’s working party on Education and Training for the prevention of Discrimination, Harassment, Sexual Harassment and Bullying.

• Presented the National Dance Forum as a bi-annual industry platform that aims to build networks and discuss current issues and trends to promote and advance the sector.

Australia’s Peak National Dance Body Announces its Closure After 42 Years
+ Text Size -
Do NOT follow this link or you will be banned from the server!