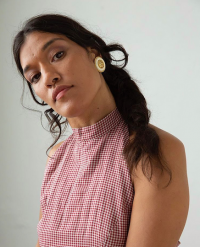 She will be the first artist with a disability to lead the company in its history. For nearly 25 years Touch Compass has produced high quality dance and performance work, and arts activations, in collaboration with artists with and without disabilities.

Brown is a Samoan/Pakeha, interdisciplinary artist whose practice spans art, writing, and movement. While from New Zealand, for the past six years she has been based in New York.

A founding member of Touch Compass, having danced with the company from 1997 to 2000, Brown has since worked with The Metropolitan Museum of Art, the New York Public Library for the Performing Arts, Gibney Dance Center and the Goethe Institute.

She is a 2020 Eyebeam Artist-in-Residence; a prestigious residency among a community of diverse, justice-driven artists creating work which engages technology and society. She has also been selected as one of the four choreographers for AXIS Dance Company’s 2020 Choreo-Lab.

During a career which has seen her perform and exhibit her work internationally, Brown has received a Dance/NYC’s Disability Dance Artistry Award and was the curator for the Artists of Color Council Movement Research at Judson Church Spring season.

She has been published in The James Franco Review, Hawai‘i Review, Apogee Journal, and the Movement Research Performance Journal issue. Additionally, she attended the National Academy School of Fine Art, Studio Intensive Program NY, and received a BA in English Literature and Pacific Studies, focusing on art and literature by Pasifika artists, from Auckland University.

While there was a strong line-up of candidates, Touch Compass Chair Guy Ryan says Brown was selected not only because she represents the organisation’s shift to a disability-led model but her vision for the company deeply reflected Touch Compass’ renewed kaupapa. “Touch Compass is forging a bold new path and, in order to do this, we needed a strong, engaged artistic voice for our organisation. Pelenakeke brings a wealth of experience and has the wairua to lead the company into its new future,” Ryan says.

Following a recent change in leadership, in late 2019 an artistic panel – comprising senior practitioners and arts industry leaders – made a series of recommendations on the company’s vision. Within this was agreement to move to a disability-led business model, in which artists with disabilities hold leadership positions.

Brown says the opportunity has given her the chance to return home at a time when collaboration and unity in the arts is vital. “A few years ago I’d never have thought an opportunity to return to – and lead – Touch Compass could be just around the corner. But there will be many beautiful new beginnings that emerge from these changed times and I consider this to be one of them,” she says. 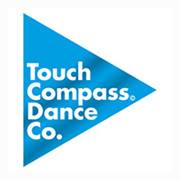 TOUCH COMPASS APPOINTS AWARD-WINNING PERFORMANCE ARTIST AS INTERIM ARTISTIC DIRECTOR
+ Text Size -
Do NOT follow this link or you will be banned from the server!