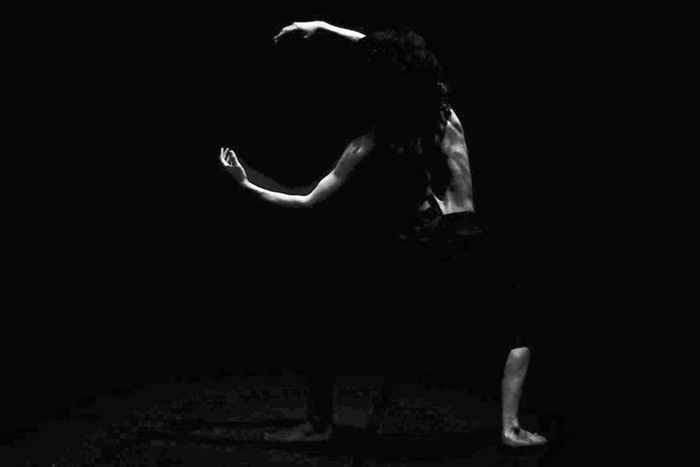 In OIRE/Village, choreographer Vivian Hosking-Aue and the dancers of AUĒ Dance Company have created a highly percussive and driven work that delves into what it is to be a Pasifika woman.  The five female dancers present a range of often blistering emotions and actions that appear to ritualise and fetishise their interactions.  It depicts a pan-Pacific culture with the stated motivation (contained in the advance publicity) of inhabiting a “clear” or “non-existing” space in order to honour ancestral achievement and tradition through the movement that is created.

The dancers, who sit immobile, cross-legged and impassive as the audience enters, unfold one by one as the work starts, through a slow and graceful kava ceremony which abruptly transforms into violent hiccupping as the dancers devour the kava in a distorted frenzy.  Mirrors, which appear initially as kava bowls, mutate into shields with which to hem in a lone dancer.  The spell is then broken as the dancers dispense with the mirrors and joyfully break out into a street dance sequence.

But the respite is short-lived and as though peeling back layers of being, the dancers enact a number of scenarios moving cohesively as a constantly shifting group, while often isolating an individual.  The five women perform with increasing ferocity and abandon and their vocalisations play a major part in the impact of the work.  Grunting, growling, snarling, whooping, clapping and stomping through a range of emotions the dancers are totally unwavering in their performance.  Animism could be perceived as an underlying premise but the spirits that are evoked are not always benign.

At one point the dancers emerge from their trance-like state to enact a light comedy skit that parodies the “you are beautiful” dictum though a make-up tutorial - as though beauty were skin-deep.  Instead, they ask the audience to consider the defining qualities of a woman that they most admire.  Returning to their mirrors they portray what appears to be the agonies of child-birth, all seated in a long diagonal line, writhing and emitting guttural sounds, while batting at the mirrors.  It perhaps references what could be construed as the defining act for many women: the transforming moment of giving birth to another human.  But it could equally be perceived as a shattering of self.

Suddenly a drum sounds and joy and spontaneity slowly return to the proceedings.  The final dance is one of celebration and delight as the performers slip into the well-defined roles embodied in the execution of Pacific dance.  It does not negate what has gone before but rather gives pause to consider what lies beneath the happy and smiling faces. The ferocity of the performance came as something of a surprise and the intent was not always discernable.

However, the work is considered on most levels. Perhaps its most important feature is that it is not rooted in one particular culture seeking as it does to find a commonality among all the Pacific peoples that inhabit Aotearoa.

OIRE/Village by AUĒ Dance Company
+ Text Size -
Do NOT follow this link or you will be banned from the site! Original generation time 2.2772 seconds.