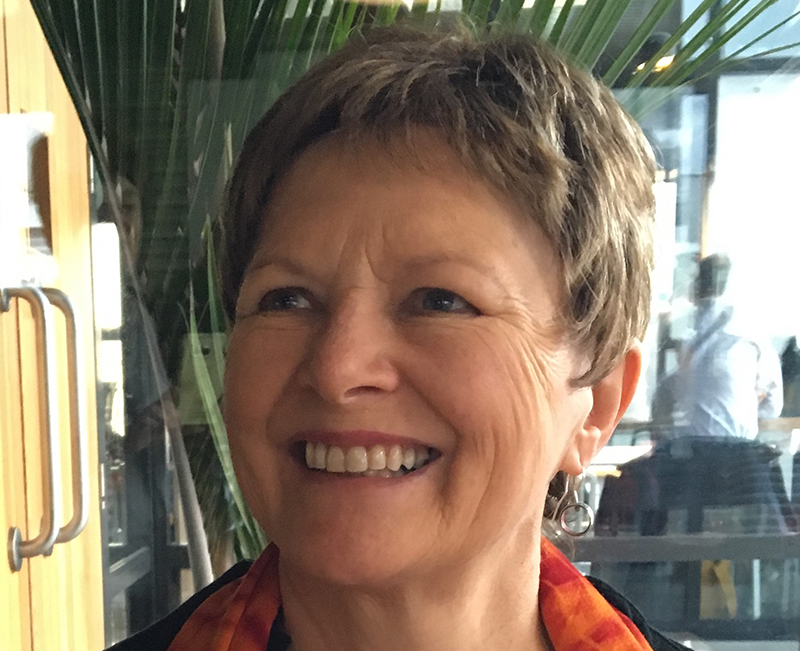 When the death of much respected arts manager and passionate advocate for the arts Sue Paterson was announced, the accolades from her former employers and colleagues in the arts, culture, business and government sectors immediately poured in.

Tributes came from her former employers the New Zealand Festival (1994-98, 2009-2016), the Royal New Zealand Ballet (1999-2006) and the Queen Elizabeth II Arts Council (1990-1994). They acknowledged her inspirational leadership, commercial acumen and marketing flair, her impressive capacity to secure funding and sponsorship, to build strong teams and sustain excellent relationships with colleagues, artists, and funders. They spoke of the outstanding work she had done in pivotal roles, her warmth and generosity of spirit, her deep commitment to the arts, and noted how much she would be missed.

Further glowing tributes followed from organisations for whom she had served as a Board member, including the New Zealand School of Dance (1995-1998, 2006-2015), Queen Elizabeth II Arts Council (1985-1990), Footnote Dance Company (1995-1998), Orchestra Wellington, the NZ Symphony Orchestra, and Wellington Zoo. For Sue, serving as a Board member was a significant way for her to ‘give back’ to these organisations, by helping them to sharpen their strategic priorities, find much needed sponsors, and build sustaining relationships in their communities, and at the same time, she was stretched by new challenges.

During 40 years of working as publicist and marketer, manager, advisor, festival director, Board member, and mentor, Sue gained the respect and admiration of everyone she worked with and she became a lifelong friend to many.

She was much admired for her smart thinking, clever use of resources, for not being afraid of making difficult decisions, and for seizing opportunities which would bring benefit to her teams. She helped arts organisations to grow stronger, provided wise advice and encouragement to artists and administrators at every level, and helped to make transformative arts experiences available to thousands of audience members. 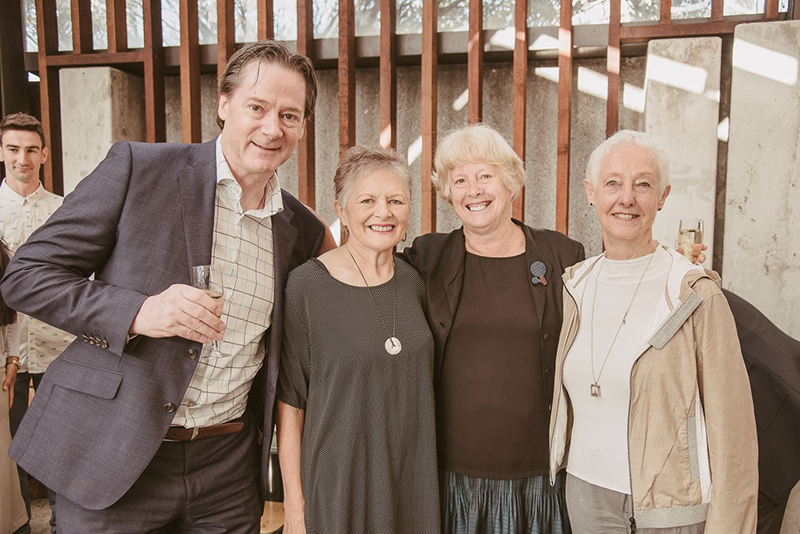 Dance was one of Sue’s passions. She took ballet classes as a child and delighted in going to see the ballet with her mother, and especially loved the moment when the curtain first rises. As an adult, while working in Auckland and Christchurch, London, and Sydney, she took evening classes in contemporary dance and later classical Indian dance, often performing in the weekends. When she came home to Auckland in 1979 with plans to head off to New York, she joined the Limbs classes, and soon became the company's manager, drawing on five years of arts administration experience with the Australian Elizabethan Theatre Trust in Sydney.

THE LIMBS YEARS WERE A TIME OF INVENTION AND CHALLENGE AND THE COMPANY WAS NEARLY ALWAYS AHEAD OF ARTS INDUSTRY DEVELOPMENTS. SUE’S QUICK THINKING, INSISTENCE ON MULTIPLE INCOME STREAMS, CAPACITY FOR SEEING PROBLEMS FROM NEW DIRECTIONS, HER ABILITY TO FIND SPONSORS AND MAXIMISE OPPORTUNITIES TO COVER COSTS, WERE TURNED TO ADVANTAGE, PROVIDING THE RESOURCES TO ENABLE THE GROWTH OF THE COMPANY AND ITS STELLAR POPULARITY.

She made a point of pursuing international performance and development opportunities for Limbs, seeing these as necessary, not just for the company’s survival but for everyone to become the best they could be.

After eight years with Limbs, in 1986, Sue became an arts marketing consultant working with the Craft Council, Kiwi Shorts, the nascent Aotea Centre, the Front Lawn, and co-producing Douglas Wright’s Gloria for television. Five years as the dance manager at Queen Elizabeth II Arts Council (QEII) followed, during which time she undertook the scoping work for establishment of DANZ, set up the BBC/TVNZ Dance and the Camera project series, co-established the Australia-New Zealand dance course series with the Australia Council, and developed the QEII performing arts touring policy. Collectively, these projects injected new opportunities for many in the dance industry. 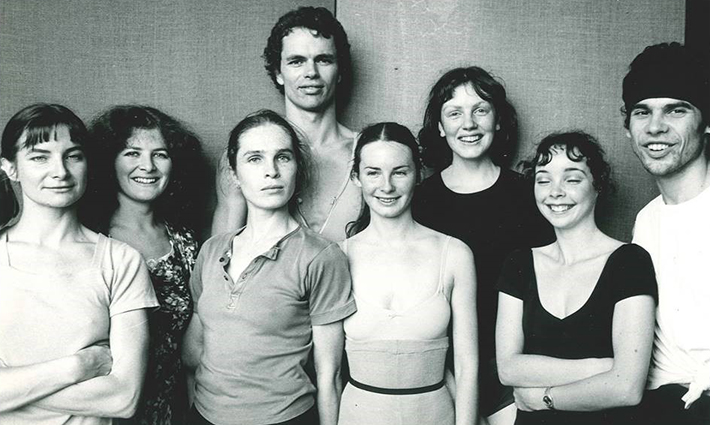 A period as marketing manager at the NZ Festival was followed by appointment as General Manager of the Royal New Zealand Ballet (1999–2006) at a time when they were facing a huge deficit. In her inimitable style, during her tenure, Sue and her team of new recruits restructured and turned the company around financially, grew the audience throughout the country, and ensured a higher level of international touring. She supported repertoire changes which added new contemporary works and oversaw the introduction of a distinct Aotearoa New Zealand flavour. She was very proud of two new national touring programmes whose development she oversaw: The Wedding, following a narrative written by Witi Ihimaera. and Ihi Frenzy, a major bicultural project which saw New Zealand’s leading kapa haka group, Te Mātārae i Ōrehu, performing in a double bill with the Royal New Zealand Ballet, dancing to a suite of music by Split Enz.

After eight years at the ballet she moved to the embattled Department of Conservation (DOC) as a change manager (2006-2009), with arts marketing strategies a weapon in her restructuring. A memorable outcome of her period there was the 120 x 4 minute Meet the Locals series made in partnership with TVNZ as a way to make friends for DOC. She then returned to the NZ Festival in 2009 as Executive Director to continue working her magic.

SUE WAS PARTICULARLY INSPIRED BY CLASSICAL AND CHORAL MUSIC AND SHE REGULARLY ATTENDED MANY PERFORMANCES. JUST BEFORE HER DEATH SHE WAS AT THE FAURÉ REQUIEM PRESENTED BY THE CHIESA ENSEMBLE WITH NOTA BENE AT SACRED HEART CATHEDRAL. IT WAS, SHE SAID, ACHINGLY BEAUTIFUL, BALM TO THE SOUL.

Long-term friends Ruth Harley, Gisella Carr, Deirdre Tarrant, and Marianne Schultz (represented by her daughter Pearl McGlashan), sister Carolyn, childhood friend Maureen Reid, Board colleague John Ryan, and Sue’s three sons Jack, George and Henry; all presented eloquent tributes to her during her funeral in Wellington’s Opera House on 18 July 2018. The Topp Twins, Don McGlashan, and Ebony Lang sang, and an extraordinary version of the iconic Complicated Legs Dance in a Pair of Jeans and Sneakers was danced by a cast of 30 plus veteran performers representing the New Zealand dance community. She received a rousing, heartfelt and fitting standing ovation from a very full house, led by her son Jack before the coffin was carried away.

REST IN LOVE, REST IN PEACE, AND DANCE AMONGST THE GODS, DEAR SUE.

A Tribute to Sue Paterson, ONZM
+ Text Size -
Do NOT follow this link or you will be banned from the site!