STORIES IN THE AIR 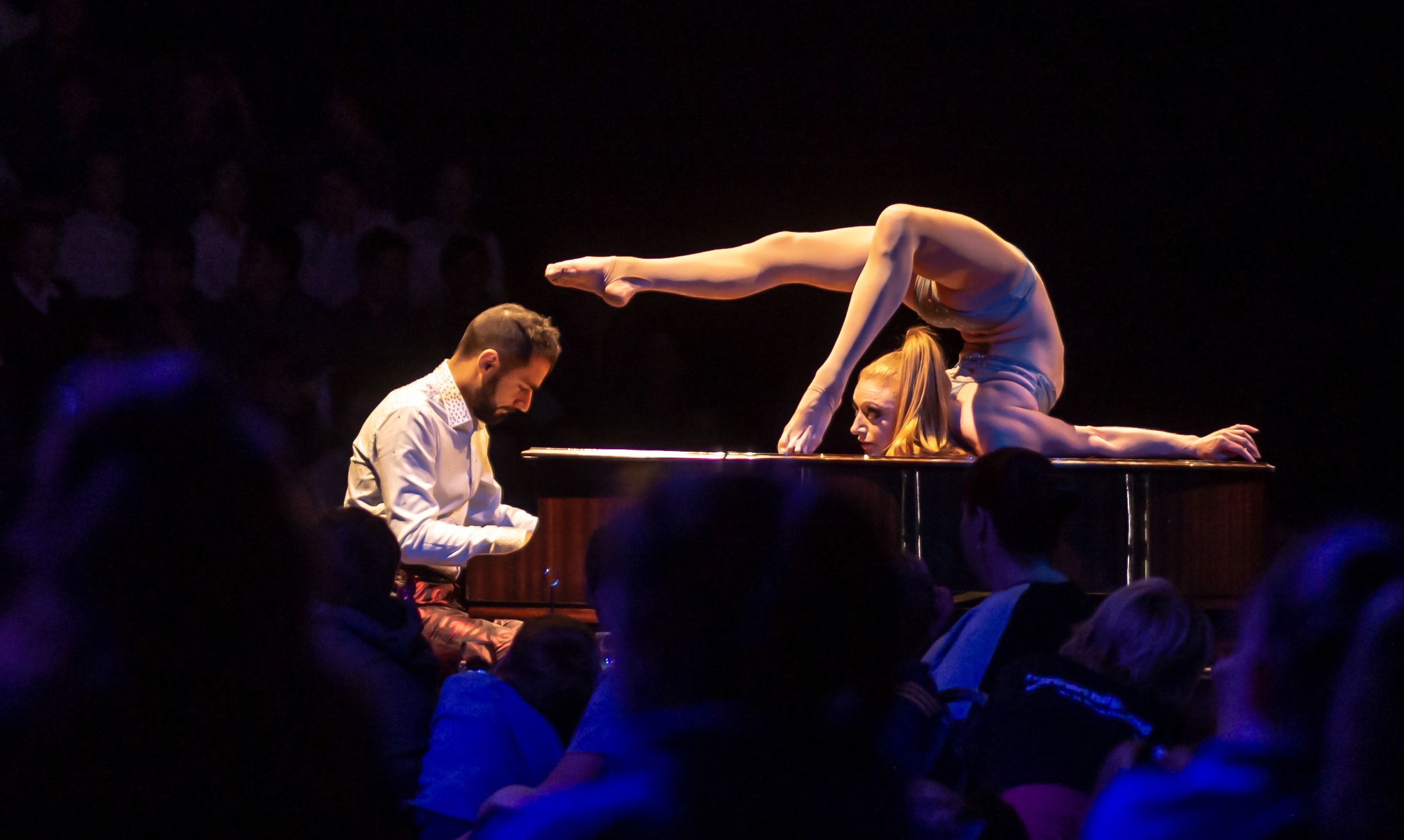 Circus has traversed quite a distance from the traditional travelling shows of last century to the modern physical theatre art it is today. Carlene Newall de Jesus talked to Eve Gordon from New Zealand circus company The Dust Palace to get her take on the role of ‘story’ in circus.

They wobble on the edge, looking down to the ground far below and then out into the distance, deep in contemplation about this moment, what pathway brought them here, and what should happen next…

A climactic plot point in a story exploring what makes us human? Or a circus performer about to execute their next trick? In the current world of contemporary circus theatre this moment is quite possibly both; a layering of metaphor and physical virtuosity coming together in storytelling.

Traditional travelling circuses of the 20th century sought to entertain, shock, and awe audiences with a sense of danger, seemingly impossible spectacle, and exoticism.
From the 1970s, a new wave of contemporary circus emerged where circus arts responded to the changing world in ways mirrored in other art forms. Traditional circus vocabulary was reimagined into more conceptual explorations of the form; exploring new aesthetics, politics, narratives, and new journeys that audiences could be taken on. Founded in 1984, Cirque de Soleil has become synonymous with contemporary circus that takes its audiences on high-production, high-spectacle journeys of otherworldliness and dreamy narratives.

The development of circus has continued; folding in the methodologies and techniques of theatre, physical theatre, and contemporary dance to inform the physical storytelling at the forefront of contemporary circus theatre. In New Zealand, leading circus theatre company The Dust Palace is entering its tenth year of making circus work that puts story above all. Creator and Co- Director Eve Gordon graduated from UNITEC with a Bachelor of Acting and it was there that she formed the unshakable belief that storytelling must always be the first drive in her circus-making. 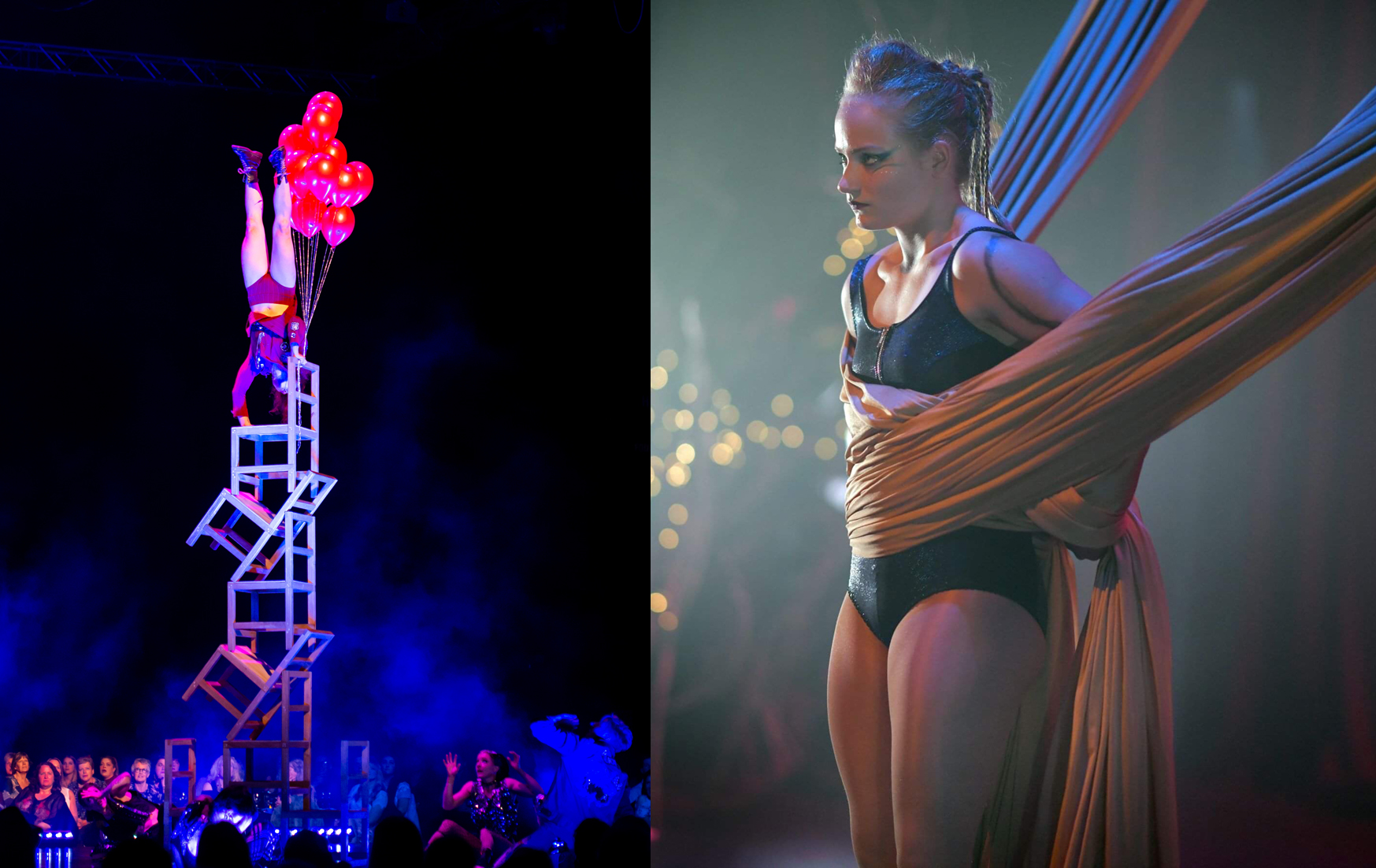 Contemporary circus theatre has not dropped the spectacle and seemingly impossible superhuman acts seen in its traditional forms, but has repositioned them within wider concepts, using them as key parts of narrative performance. An aerial performer ascending a rope may be representational of a character overcoming adversity, a journey to the heavens, or maybe just a surrealist demonstration of a love of noodles. The Dust Palace integrates a wealth of skilled circus vocabulary and physicality into their works, but as Eve explains each of these skills and tricks must serve a greater purpose in the story-making.

“Story is everything. If something isn’t honouring the story, then it should go because it becomes gratuitous and it’s pointless. Every moment, every movement pathway should be furthering the story in some way. Maybe that’s to get the audience to understand a specific feeling, maybe it’s to show them an interaction between two characters, or one character and themselves, or maybe it’s actually just a physical demonstration of some kind of plot point. The story is absolutely the key.”

The physical range in circus arts provides unique opportunities for presenting metaphor and telling physical narratives. Works can explore a three dimensional space with bodies that are constantly pushing the edges of human possibility. Eve has an acute awareness of these unique possibilities.

The visceral experience of witnessing the reality of performers potentially putting their life in danger, but also interacting with total physical intimacy and trust, presents unique experiences for audiences. The circus spectacle can act both as a metaphor and an in-yourface reality to tell endless stories that cut to the core of high stakes and empathy.

Contemporary circus and its exploration of narrative is far from finished. 18 year old Eloise Woodley-Phillips from The Dust Palace’s own HighJinx Youth Company is set to continue her circus journey this year at The New England Centre for Circus Arts. She has hopes of bringing new circus back to New Zealand in order to tell the next wave of stories. She shares her perspective on the kinds of narratives she hopes to weave into her future circus-making.

“The world needs two different kinds of story. Ones that reflect all the things that people are shutting out because they don't want to admit they are real life, and also, just really happy, fun and freeing things. I don't think the world will ever run out of stories to tell because new people will always come along, and whether they seem the same or not, their stories will always be different.”

Eve also knows what sort of stories she wants to keep telling in circus.

“JUST ALL OF THE STORIES, THERE ARE SO MANY STORIES IN THE WORLD.”

Stories in the Air
+ Text Size -
Do NOT follow this link or you will be banned from the site! Original generation time 2.3701 seconds. Cache Loaded in: 0.0567 seconds.